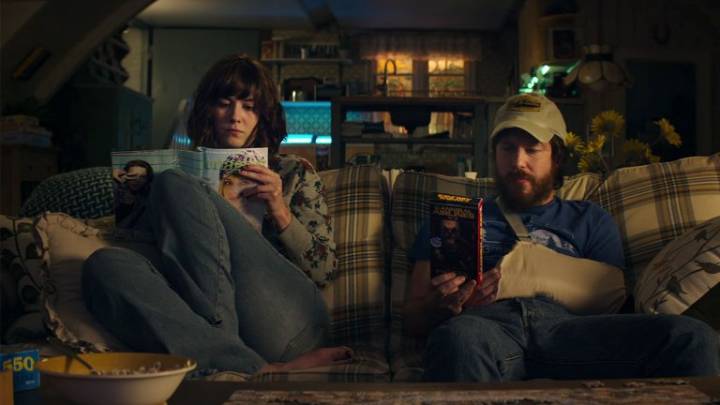 It’s that time of week again when we show you the very best movie trailers. This week we have nine new movie trailers you need to see and some of them are for movies that are going to hit theaters in the very near future.

Coming out on March 11th, this J.J. Abrams’s secret project is the unexpected sequel of Cloverfield, a blockbuster hit that surprised the audience years ago. Paramount Pictures released a new trailer for the movie during last week’s The Walking Dead half-season premiere, revealing a bunch of new shots from the film.

Alice Through the Looking Glass

Johnny Depp in a new Alice movie? Sign me up, it’ll be a wild ride. The film hits cinemas on May 27th, and you can expect an incredible cast to take you back to Wonderland. In addition to Depp, we have Anne Hathaway, Helena Bonham Carter, Alan Rickman, Sacha Baron Cohen, Michael Sheen, and many others.

Bastille Day is about a CIA agent and a young sidekick partnering up in France on a dangerous mission. No, it doesn’t have Liam Neeson in it, but Idris Elba will certainly do. The movie comes out July 13th, right in time for the French national holiday. In addition to Elba, we’ll see Richard Madden, Kelly Reilly, Charlotte Le Bon, and others

Starring Emma Watson, Daniel Bruhl, and Michael Nyqvist, Colonia is a drama telling the story of a young woman and her search for her missing boyfriend. The search will bring her to the Colonia Dignidad sect, which is a very dangerous organization that no one has ever escaped from. The movie opens April 15th, so there’s plenty of time to get ready for this thriller.

By this time next week, Crouching Tiger, Hidden Dragon: Sword of Destiny will be available on Netflix. Will it be any good? We just have to wait and see. Donnie Yen, Michelle Yeoh, Harry Shum Jr., Jason Scott Lee star in this sequel.

Speaking of sequels, how do you feel about one for Kindergarten Cop? It’s not with Arnold but with Dolph, and it’s coming May 17th. I’ll just leave this here:

I wish we had more movies with characters sporting special powers this year. Wait a second, there already are a bunch of pictures with all sorts of superheroes, with Deadpool currently ruling the box office. In Midnight Special we have a father who learns that his son has special powers, and therefore the two go on the run. The cast includes Adam Driver – yes, that Adam Driver – Kirsten Dunst, Joel Edgerton, Michael Shannon, Sean Bridgers and many others. Midnight Special opens March 18th.

Are you ready for Pee-wee’s return? Netflix certainly seems to be, and the streaming company has a new trailer out for the movie. Paul Reubens, Joe Manganiello, Stephanie Beatriz, David Arquette, and Alia Shawkat are starring in this one, set to launch on March 18th.

Releasing right before Christmas, on December 21st, Sing is about a koala who’s looking to improve the business of his theater by hosting a signing competition. The cast of Sing is impressive, so get ready for a quite a show. The cast includes Scarlett Johansson, Matthew McConaughey, Reese Witherspoon, Nick Offerman, Seth MacFarlane and John C. Reily.