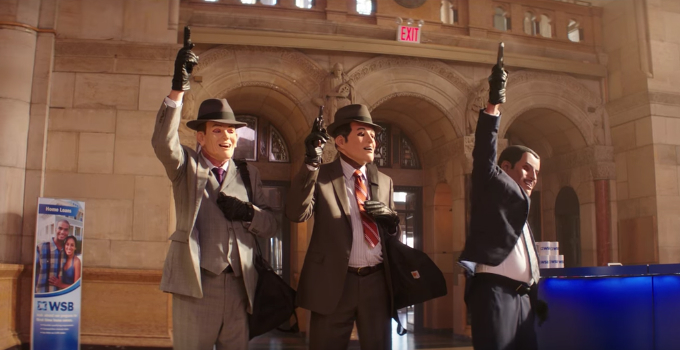 It’s Christmas time, so what you should be watching plenty of movies from Christmas Past right now. And Rogue One… don’t forget to go see the newest Star Wars film which was released just in time for Christmas Present. But that doesn’t mean you have to ignore trailers for the movies of Christmas Future.

A Cure for Wellness

We’ve got a trailer for a new thriller for you, A Cure for Wellness, that’s set to be released on February 17th. The story seems to be pretty simple: a young executive is sent to Switzerland to retrieve the company’s CEO from some sort of special retreat. Once there, things get really freaky, and it may be impossible to leave. Have a look:

Blade Runner 2049 is going to be one of the most interesting movies of 2017, just because it’s the sequel many fans of the original movie have wanted for so long. Harrison Ford is back to reprise one of his most famous roles, but let’s hope that he doesn’t end up like old Han Solo. The sci-fi film will premiere on October 6th.

If you loved Last Vegas or Stand Up Guys, then Going in Style will be right up your alley. It’s a story about a bunch of old timers who are looking to rob the bank that stole their pension money. We’ve got Morgan Freeman, Michael Cain, and Alan Arkin to entertain us come early April.

How to Be a Latin Lover

Ever wondered how to be a latin lover? Well, there’s a comedy for that, and it’s set to hit theaters near you on April 28th. We’ve got Kristen Bell, Salma Hayek, Raquel Welch, Rob Lowe, Michael Cera, and plenty of other familiar faces in this one.

Keanu Reeves return as bad-ass John Wick. Everyone will probably try to kill him in John Wick: Chapter 2, and he’s probably going to kill everyone instead… and look good doing it. February 10th can’t come soon enough.

Did you love or hate the original Power Rangers TV show? Forget all that, because the Power Rangers are ready to make the jump to big screen — and they’ll do it in style. Check out the first international trailer for the upcoming movie, which premieres on March 24th.

You’ll try to resist this concept but you won’t succeed. You’ll eventually see The Emoji Movie and you might even like it. After all, it’s a story about emoji! If not for the silly story, you may want to see it because of the voices. T.J. Miller, James Corden, Ilana Glazer, and Steven Wright are confirmed to be in it.

The Lost City of Z

Charlie Hunnam stars in a new adventure, and this time around it’s based on real-life events. The Lost City of Z os based on the life of the British explorer Col. Percival Fawcett, who disappeared in the 1920s while searching for a mysterious city in the Amazon.