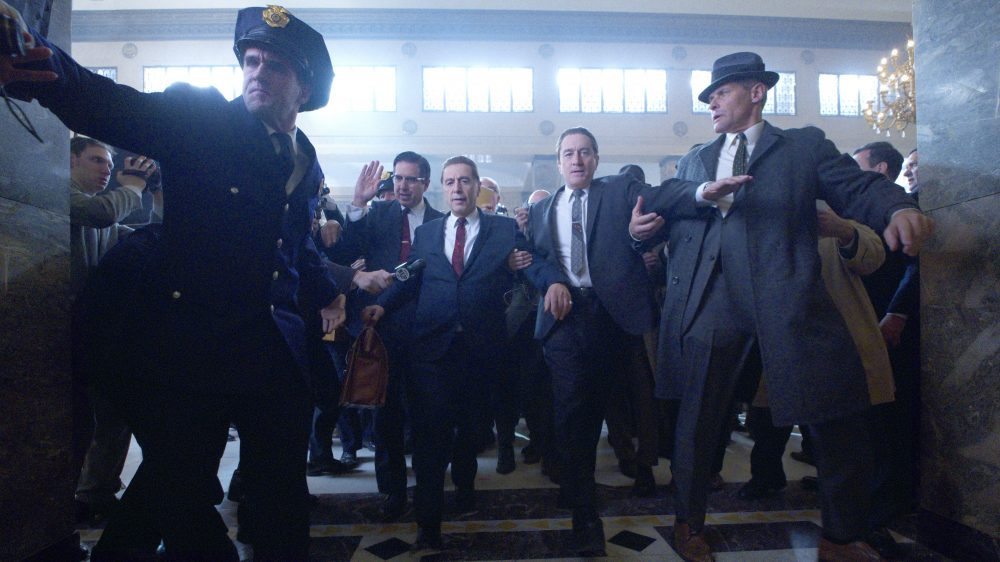 I’ve been waiting to see The Irishman for quite a while, ever since I heard that Robert De Niro and Martin Scorsese were attached to the project. The film was acquired by Netflix a couple of years ago, and is based on Charles Brandt’s book, I Heard You Paint Houses, that tells the supposedly real story of Jimmy Hoffa’s death. The biographical film has an impressive cast, a massive budget for a Netflix film, and now — finally — a release date.

The film has a considerable budget for a Netflix creation, at an estimated $200 million. That’s about twice what Netflix paid to make Will Smith’s sci-fi fantasy movie Bright. And Netflix has high hopes for the film, with The Irishman hitting theaters and the streaming service right in time for Oscar season. But before then, it will screen on the opening night of the 57th New York Film Festival on September 27th.

As Variety explains, there were worries that the film would not be finished in time for this year festival, as it required a lot of special effects.

The book spans a few decades, chronicling Sheeran’s life from his early years, WWII, the mob life that followed, going all the way through the ’70s and ’80s — Hoffa disappeared in 1975. But thanks to modern movie-making technologies, the actors have been de-aged for their roles, which explains the delay concerns.

Thankfully, it all worked out in the end. NYFF director Kent Jones shared an early review of the film:

‘The Irishman’ is so many things: rich, funny, troubling, entertaining and, like all great movies, absolutely singular. It’s the work of masters, made with a command of the art of cinema that I’ve seen very rarely in my lifetime, and it plays out at a level of subtlety and human intimacy that truly stunned me. All I can say is that the minute it was over my immediate reaction was that I wanted to watch it all over again.

It’s unclear, however, when The Irishman will premiere on Netflix.