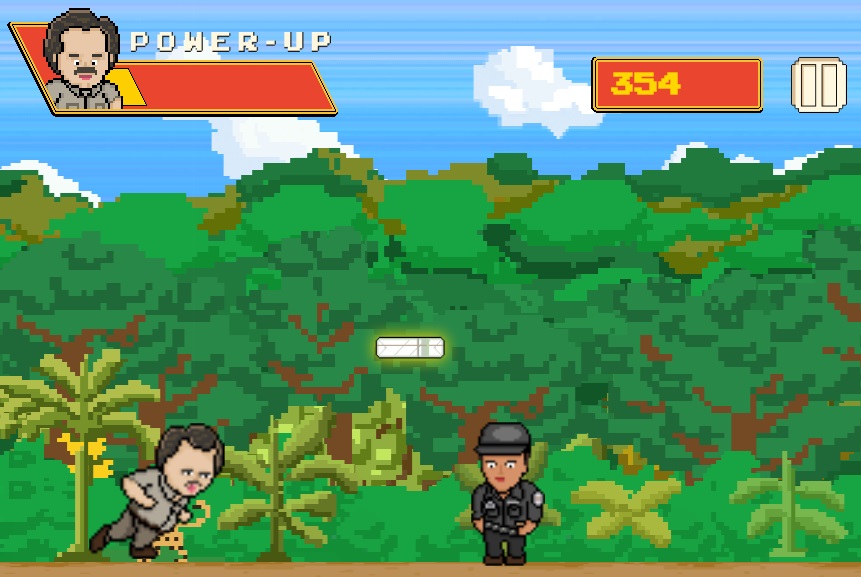 Back in the late 80s and early 90s, it seemed that any mildly successful TV show or movie was quickly spun off into a video game franchise, for better or worse. Indeed, if you pore over a list of games that were released for the original NES, you’ll quickly run into movie-themed titles like Rambo, Home Alone and Back to the Future.

Netflix, to its great credit, has avoided falling into this trap even though it could undoubtedly earn a pretty penny via licensing deals for popular programs like Stranger Things and Narcos. Instead, the streaming giant recently opted to release a free 8-bit endless runner game online that features characters from some of the company’s most well-known titles.

The game is available over here and lets players choose between the following four characters: Pablo Escobar from Narcos, Marco Polo from the show of the same name, Piper Chapman from Orange Is The New Black, and Mike Wheeler from Stranger Things.

The gameplay itself is nothing you haven’t seen before, but there’s something charming about seeing some well-known Netflix characters reincarnated as 8-bit video game stars. Even better, the gaming universe associated with each character is designed to correspond to each particular show. For example, if you choose Piper Chapman, the game environment involves running through a prison. Similarly, if you choose Pablo Escobar, you’ll be running through a jungle.

Is Netflix’s gaming effort something you’re going to spend hours upon hours playing? Hardly. Still, it’s worth checking out if you’ve got a few minutes to kill.