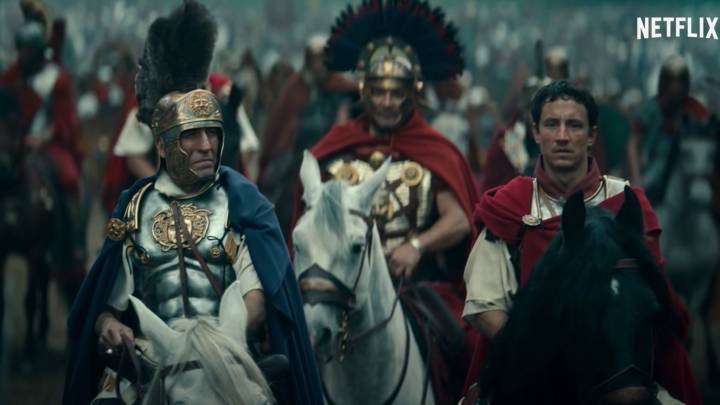 One of the upsides of the coronavirus pandemic is that you have time to catch up on all the streaming shows you’ve wanted to see but never had the time for. Plus Netflix keeps adding more and more titles despite the pandemic, so there’s always a new batch of movies and TV series to check out. And the service keeps adding more and more international shows to its roster as well. Last week, I told you about a series called To the Lake that I couldn’t stop watching. It wasn’t just the premise of the TV series that got me: a pandemic slightly more dangerous than COVID-19 forces people to do unthinkable things to survive. It was also the setting. It all happens in Russia, a place where strange things are already taking place during the real-life pandemic. The characters all speak Russian, giving it the kind of authenticity that HBO’s Chernobyl never had thanks to its perfect British accents.

But Russian is a language that’s obviously still very much alive, spoken by hundreds of millions of people in Russia and around the world. The new Netflix original series I’m addicted to now uses a much older language for much of its dialogue. Believe it or not, half of the characters speak only Latin.

Actors can learn any language and deliver their lines while staying in character. It doesn’t even have to be a real language. Star Trek, Avatar, Harry Potter, and The 100 are just a few examples of TV shows and movies that use made-up languages. And they only add to the magic of those shows, making the characters seem more genuine.

Latin is a bit different since it happens to be a real language that people still study, and some people are still trained to speak it. But it’s obviously a dead language, for the most part. It was only about a year ago that you might have heard a different actor deliver some lines in the kind of scenario where you expect people to speak it. Pope Benedict (Anthony Hopkins) uses the Catholic Church’s official language in The Two Popes. But those were just a few lines used for a very specific purpose — one that I’m not about to spoil.

In Barbarians (or Barbaren, which is the original title), you only get Latin or German, and that’s it. Seeing a Roman legionnaire shout out angry orders and give someone attitude and snarky replies in Latin is one of the best, most unexpected surprises of the show. The Roman soldiers stationed in Germania only speak Latin between them, although most of them probably know at least one other language, probably the language they learned as children.

One of the Romans is Arminius (Ari), a prince from one of the Germanic tribes that Rome wants to conquer. He was offered to the Romans as a young boy by his father to ensure peace between his tribe and Rome. He grew up as a Roman, rising through the ranks to become a prominent figure in the army. As fate would have it, Arminius ends up stationed in Germania, where he’s the second-highest ranking member of the local army.

Arminius has not forgotten his people or how to speak German, although he identifies with Rome more than with family and friends. Again, as fate would have it, he ends up in the middle of the conflict and has to choose between Rome and his former home.

History scholars will immediately wonder whether the German TV series is based on what’s often described as the biggest defeat in Rome’s history. The Battle of the Teutoburg Forest was a massive battle between three Roman legions with additional support cohorts, and an alliance of German tribes. The “barbarians” ambushed and obliterated the Romans. Yes, that’s what Barbarians is based on, and that detail will absolutely not spoil what happens in the TV series.

It goes without saying that watching the show in anything but the original German/Latin mix will make the entire experience significantly less enjoyable. Just put on subtitles and resist the urge to change the audio to English or a different language.

As mesmerizing as having characters speak only Latin and German might be, that’s not the thing that makes Barbarians a Netflix show that I can’t stop binge-watching. The language surprise would soon wear off if it weren’t for the characters and the story. If you liked The Last Kingdom, a Netflix original that gives you the tale of the birth of England with an unusual twist, then Barbarians should be on your radar as well. It’s not as big in scope as The Last Kingdom, but it’s certainly the kind of entertaining Netflix original that can keep you occupied for a few days.

When I told you I couldn’t stop watching To the Lake, I was mid-way through the Russian TV series. I said at the time that I had no idea whether the story needed a second season. I can tell you now that To the Lake gets the kind of smart cliffhanger that can perfectly set up a second season or leave the rest of the story up to your imagination. I’m half-way through Barbarians, and I already know where the story is heading from a historical standpoint. A second season probably isn’t in the cards for the show, although Rome’s war with Germania did not stop after the Teutoburg Forest disaster. I only wish there were more than six episodes in this first season.