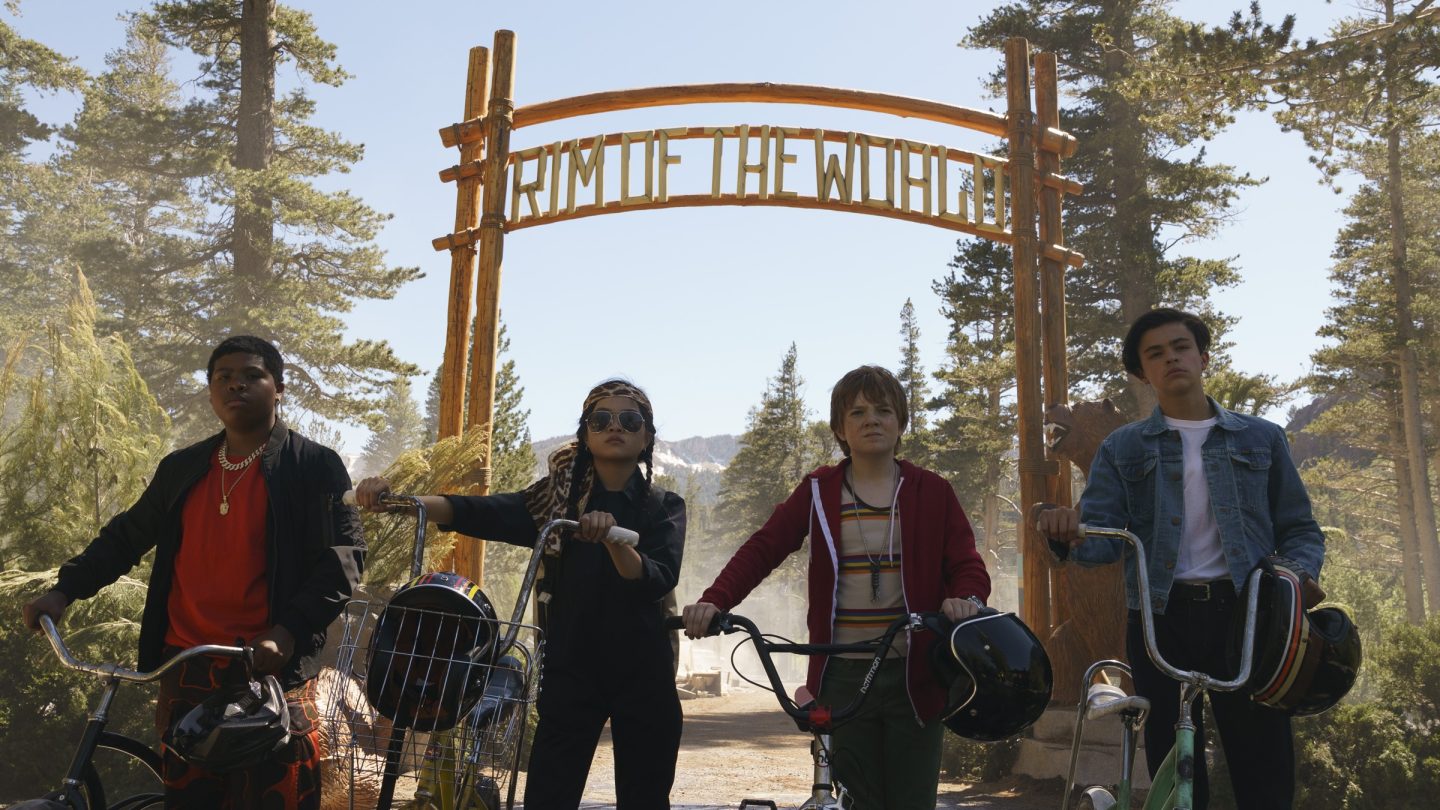 Screenwriter, producer, and director Drew Pearce once lamented to me that Hollywood has basically given up on the idea of making anything but blockbusters with insane budgets and then small art house films on the other end of the spectrum that tend to rake in plaudits come award season. The way he put it, these days “studios basically just make $5 million movies or $200 million movies.”

That’s one reason why writers like Zack Stentz are increasingly falling thankfully into the open arms of Netflix, which on Friday debuted Stentz’s new film Rim of the World about misfit kids at summer camp who team up to fight aliens.

Stentz had actually cooked up the idea for the movie three years ago, putting his own spin on a Stand By Me kind of thing where a group of kids basically has an adventure while also just dealing with the excitement and wonder of being a kid and growing up. Add in some aliens, and you’ve got the makings of a solid family-friendly kids’ adventure movie, right?

Well, yeah, except for the fact that when Stentz first told his agents about the idea for Rim of the World, they tried to steer him away from it. As he recounts in a Wired interview, he was basically told this kind of movie’s not getting made anymore, in an era dominated by a smattering of small features and the slew of lucrative epics like Captain Marvel and Avengers: Endgame.

As Stentz continues explaining the way Rim of the World came together, the lucky break he got was Stranger Things coming out of nowhere as a hit new Netflix series. “Suddenly,” he told Wired, “everyone remembered how much they loved those ‘80s movies that Stranger Things was Frankenstein-monstered out of the pieces of.” That was in 2017. A deal for his movie closed in 2018. “The crazy thing about Netflix,” he goes on to say, “is when deals are closed, there aren’t 10 more drafts with everyone giving notes. They’re like, ‘OK, go make it.’”

Netflix gave the movie a 40-day production schedule and a decent-enough budget that, at least in Stentz’s opinion, “when you see it, it doesn’t look like TV.”

OK folks, the movie is now out & I hope you all watch it on @netflix! Some parents have asked me about age-appropriateness. There are some scary moments, a couple of onscreen deaths & some naughty PG-13 level humor & swearing. I'd say 12 and up, depending on your kid's maturity. pic.twitter.com/LM0TUOvpNA

And here’s the thing about it. Nobody is under any illusions this is going to be The Movie of 2019. But that doesn’t mean it doesn’t deserve to get made or that a subset of moviegoers won’t still find it plenty enjoyable — especially moviegoers who aren’t being as broadly served as they used to be. This is why in our report from a few days ago, we mentioned a just-released Morgan Stanley survey that found consumers generally think Netflix’s original shows and movies are better than what HBO offers. Netflix is trying to score wins, yes, but also to serve as many people as people — to actually “delight” all those people, is the company line you’ll often hear out of Netflix.

The streaming giant at the moment is trying to maintain as well as grow its reported base of 139 million global subscribers, a task that competitors like Apple and want to make tougher for Netflix, with similar offerings of their own about to launch. All of which is to say, in case anyone needs to be reminded: The game has changed. But when you see something like what Netflix did in this case, it’s not about the streaming service trying to displace Hollywood. It’s just that — well, nature abhors a vacuum, and so does the entertainment industry. Which is why for Netflix, the way forward partly involves … among other things, trying what Hollywood can’t, or won’t. A strategy that’s working pretty well so far.