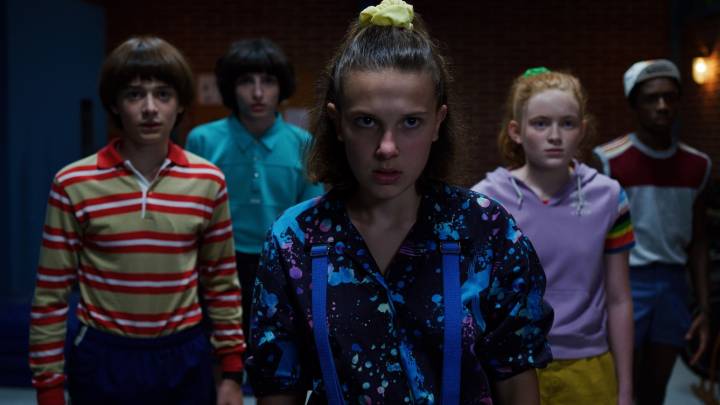 Netflix is the biggest streaming service on the planet, but outside of the trailers the company shraes on YouTube and the tweets it posts to highlight moments from its top original shows and movies, the streamer doesn’t have much of an online presence beyond its apps and website. In fact, when you want to know more about Netflix’s new releases, you probably visit websites like ours to see everything coming out this month.

For years, Netflix has left the editorializing up to entertainment websites and content creators, but according to a new survey, the company is considering creating a “future online space where you can learn more about the Netflix shows you love and anything related to them.” This online space would be called N-Plus, and it would give the company a hub from which it could share information about its content without depending on other websites.

One of the editors at The Next Web received the survey from Netflix and took a screenshot which you check out here. The survey says N-Plus would feature “text, image, and video feeds you can sign up for, news, interviews, analysis, deep dives, games, how-tos, audience conversations, music, podcasts, and more.”

When it comes to accessing N-Plus, Netflix says that the website could show up in Google searches when you make a query about a show or an actor that appears on the service, links in messages from Netflix, or even on pages within the Netflix app or website that would redirect you to N-Plus. Some of the content might be locked behind a paywall for paying subscribers, but other parts of N-Plus “could be viewed by anyone with a web browser.”

According to Protocol’s report on N-Plus, the hub might also feature the ability to build custom playlists of shows and movies and then share them with friends. The survey notes that anyone without an active account would only be able to see the trailer for the content in the playlist, but if you pay for Netflix, you could start watching a custom playlist that your friend sent you without having to search for the TV shows they have been raving about. The playlists might also extend to music, giving users the chance to pick their favorite songs from their favorite shows.

N-Plus could even play a role in the development of future content. Protocol says that one question on the survey asks how users would feel if they could “learn about a planned show (pre-production) and influence its development with feedback before filming has finished.” User reviews are also a possibility for N-Plus.

As with any survey, this should all be taken with a grain of salt, but it’s clear that this is more than just a glimmer of an idea for Netflix. Being able to send subscribers and non-subscribers alike to a single online hub that it controls to learn more about Stranger Things, The Crown, Ozark, and all the rest of its original programming seems like a no-brainer, so don’t be surprised if N-Plus makes it way online sooner than later.