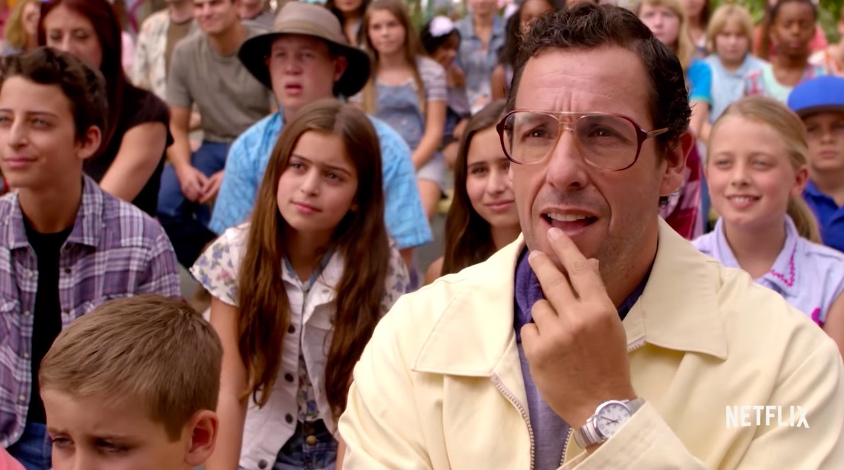 There was a time, way back in the day, when Adam Sandler could do no wrong at the box office. From Billy Madison and Happy Gilmore to The Wedding Singer and Big Daddy, Sandler for a period of time was churning out hit after hit like no other. But eventually, those hits turned into duds. The 2000 release of Little Nicky got the ball rolling, and before we knew it, Sandler was giving us certifiable garbage like Jack and Jill and Pixels.

Nonetheless, Netflix a few years ago, in its never-ending quest for original and exclusive content, inked a lucrative deal with Happy Madison Productions, Sandler’s film and TV production company. As part of the deal, Sandler agreed to develop, produce and star in 4 stand-alone films.

Sandler’s first two Netflix films — The Ridiculous 6 and The Do-Over — were anything but critical smashes, with the two films currently sporting Rotten Tomatoes rankings of 0% and 5%, respectively.

Nonetheless, Sandler films seem to be doing quite well for Netflix. Maybe it’s a rabid and loyal fan base, morbid curiosity, or perhaps a mixture of the two, but Adam Sandler films are wildly more successful than you might imagine. Even a poorly reviewed film like The Ridiculous 6 managed to become the most-watched film in Netflix history just 30 days after its release.

Speaking to the hypnotic power Sander seems to still hold with fans, Netflix’s letter to shareholders yesterday revealed that Netflix subscribers have spent more than 250 million hours watching Sandler films since the December 2015 release of The Ridiculous 6.

Just ahead of the release of our third film from Adam Sandler, Sandy Wexler, we announced the renewal of our deal with Sandler to premiere an additional four films exclusively on Netflix around the world. We continue to be excited by our Sandler relationship and our members continue to be thrilled with his films. Since the launch of The Ridiculous 6, Netflix members have spent more than half a billion hours enjoying the films of Adam Sandler.

While Netflix’s film library includes older Sandler films like The Waterboy and Anger Management, it stands to reason that most of the views Netflix is boasting about are coming from Sandler’s newer and more heavily promoted flicks.

As for Sandler’s latest effort, Sandy Wexler has an impressive cast and focuses on a talent manager handling a kooky group of clients in LA during the 1990s. Netflix has been promoting the film heavily on its splash page, but if this is the first you’ve heard of the name Sandy Wexler name, you can check out the film’s trailer below.