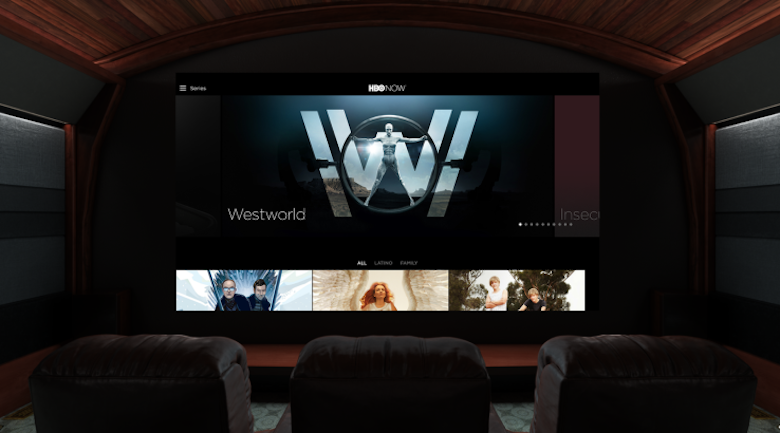 Over the past week, Netflix and HBO have each launched virtual reality apps for Android on the Google Play store. Netflix VR was only available the Oculus Store before this week, but now that Google’s Daydream headset has launched, Netflix opted to bring its VR app to Google Play as well.

Wresting Netflix VR from the grip of Oculus is a major win for Daydream, but perhaps even more exciting is the exclusive launch of HBO GO VR and HBO NOW VR on the platform. This is the first time we’ve seen virtual reality apps from HBO, and at the moment, they can only be found on Google Play.

Much like Netflix VR, the two HBO VR apps put the viewer in a virtual theater where they can scroll through the network’s library of hit shows and movies. The content itself isn’t VR, just the digital venue.

“HBO [GO/NOW] VR is the virtual reality feature that gives you all of HBO on Daydream-supported Android devices to watch your favorite shows and movies in a virtual reality experience,” reads the description on Google Play. In order to access either the HBO GO VR app or the HBO NOW VR app, you need a subscription to the network (either through cable or à la carte) and a Daydream device.

Along with these three apps, Google has also brought NextVR to Daydream, which is the only app of the bunch that actually offers 360-degree, 3D video. With Netflix VR, HBO VR, NextVR, Hulu VR and Google Play Movies & TV, Daydream has suddenly become the undisputed leader of VR video.