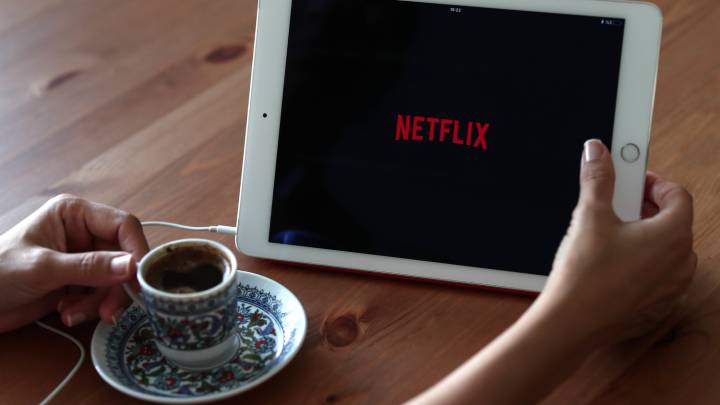 With shock in some circles still growing about Netflix’s decision to cancel The OA — the sci-fi series starring Brit Marling that currently enjoys an 84% on Rotten Tomatoes — a fan petition has just launched to save the show. At the time of this writing, it was well on its way toward a goal of attracting 25,000 signatures (garnering about 16,000 as of the time of this writing).

Marling herself took to Instagram to confess she had “a good cry” when she first heard the news.

In light of The OA’s cancellation, meanwhile, Amazon Studios’ former head of strategy Matthew Ball decided to use a series of tweets to walk through what goes on behind the scenes when a network or streaming service decides to either re-up or pull the plug on a series — in a general sense, that is, without speaking to specific Netflix decisions.

Why did he decide to do so? Because, as he explains it, he’s fought to both save and cancel numerous shows during his career, and “the outside view of this process is usually unfair, even if understandable (esp w fans)”.

His central point is that the preference of networks and streamers is to save shows if at all possible because don’t forget — canceling means you have to find something strong to replace them with. Not an easy task, or even a foregone conclusion. One of the thoughts that comes to mind is that old truism you hear about a boss hiring an employee for a job — the generally accepted wisdom about how it’s less expensive to retain workers than it is to find and train new ones (who might not work out).

1/ I've fought to save & cancel numerous shows. The outside view of this process is usually unfair, even if understandable (esp w/ fans)

Here’s another key point Ball stresses in his pretty informative tweetstorm Tuesday: “Almost everyone leans toward renewals. It was produced + marketed because the network believed in it. But ratio of borderline renewals that worked to those that didn’t, is very low. To this end, shows are usually canceled a season after the network renewed against the data.”

3/ Of course, it looks like networks cancelled shows the second poor data existed. So far from the truth.

Another popular narrative: Network X cancelled show Y because it was made by studio Z, which operates competing Network A

4/ No one thinks this way. The challenge is that when you buy a show from someone else, you have to pay them to make it.

That last point is super important, he continues, because that markup means the show needs to also PERFORM correspondingly better to justify the bigger spend on it. And the constraints don’t stop there for third-party shows, Ball continues. Generally, a network also has less creative control over such shows, he says, and “the deal terms makes it hard to reduce the budget” — which could otherwise serve as a way to “solve for smaller viewership.”

“It’s not about being indifferent or vindictive or internally preferential, per se,” Ball says about the misconception that streamers like Netflix seem to cancel shows with wild abandon in favor of their own content. It’s just “much, much harder to make third party shows work, especially when they’re declining.”

Two other interesting points he notes:

9/ Short final seasons (e.g. 6 eps v 10, or a two hour movie) barely save money versus the full season, but it's a desire to simply do whatever you can to do right by talent and fans.

If this doesn't happen, the show either ended well already (DD S3) or biz case is just too bad

This detailed explanation may or may not make fans feel better when a streamer like Netflix axes their favorite show. But it’s definitely worthwhile information for fans to have, especially with the explosion of streaming choices both now and coming in the future — from the likes of everyone from Apple to Disney, WarnerMedia and many more.