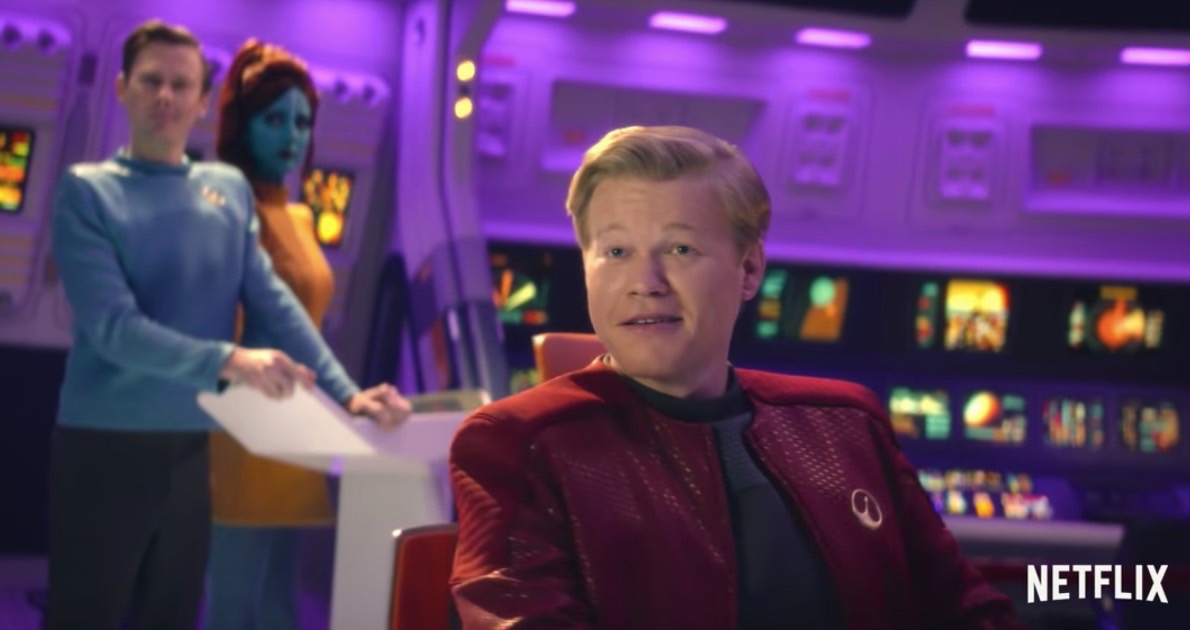 Black Mirror is a modern take on classic sci-fi shows like The Twilight Zone but with a broad focus on technology, and how it can work against us. Owned initially by Channel 4, which made the first two season of the series, Black Mirror is now a Netflix original. The streaming giant was responsible for season 3, and the company just released a teaser trailer for season 4 that offers us six episode titles.

The episodes are titled Crocodile Arkangel Hang the DJ USS Callister Metalhead, and Black Museum. And that’s pretty much what we know about them. You get glimpses of each in the following trailer, but not enough to discern what’s going to happen in each one of them.

In case you haven’t seen this series you should know that each episode is a standalone dystopian story that has nothing to do with the others. We’re looking at strange tales from a future that seems more than plausible, involving technology that feels like it’s already within reach, and macabre twists that will only feed your tech paranoia.

Netflix may have published the teaser on Friday, but it didn’t provide any other details than coming soon. It’s also unclear whether we’ll have more than six stories in the upcoming season or not.

However, The Wrap does say that the series will likely arrive in December.

Furthermore, the report notes that we’re going to have some stellar directors for each episode, including Jodie Foster, Tim Van Patten (Game of Thrones), David Slade (American Gods) and Colm McCarthy (Peaky Blinders), which is one more reason to get excited about the next Black Mirror season.