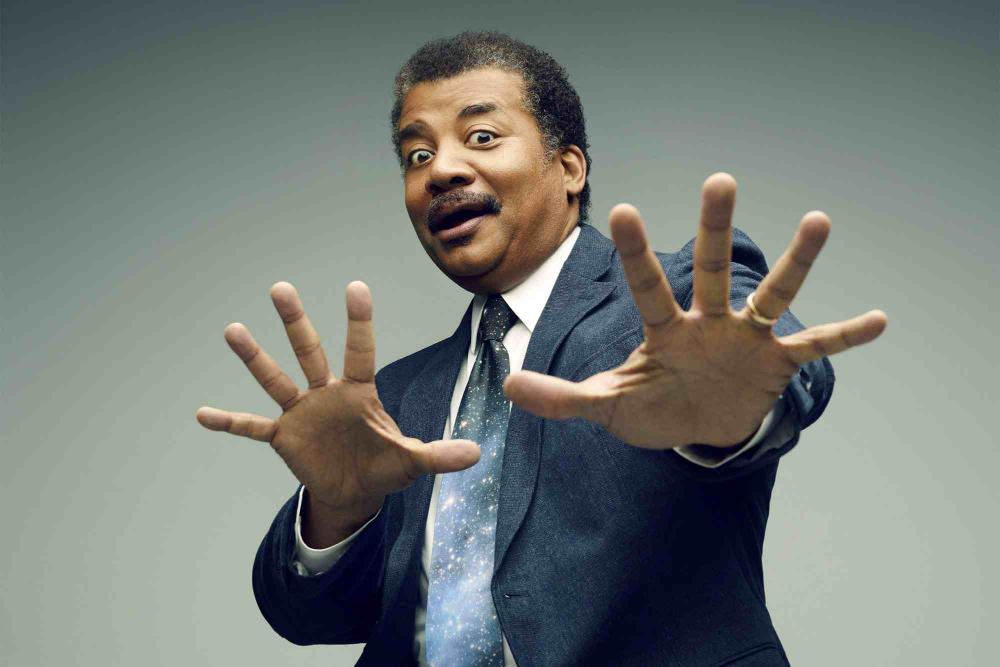 Therefore, it’s not surprising to hear Tyson give his two cents on the most recent developments in space travel. In case you somehow didn’t hear about them, Blue Origin and SpaceX are privately funded space companies (by Amazon’s Jeff Bezos and Tesla’s Elon Musk, respectively) that made enormous progress towards private space travel.

Blue Origin just beat SpaceX when it comes to successfully landing a reusable rocket, and SpaceX rockets will soon be used to send people to the International Space Station.

But the renowned astrophysicist isn’t so sure that SpaceX and similar companies will lead the space frontier.

In an interview with The Verge, Tyson said that private spaceflights are “big dreams, and I don’t have any problems with people dreaming. Mars One, let them dream. That’s not the delusion.”

“The delusion is thinking that SpaceX is going to lead the space frontier,” he said.

He then explained that there are three big factors that will stop these companies from leading the space frontier, including high costs, the dangers that come with this particular type of affair, and the fact there’s no return on that investment for the time being.

Therefore, the idea of going to Mars, for example, will be a tough sell.

“’Hey, I have an idea, I want to put the first humans on Mars,’” he imagined a conversation with potential investors. “They’ll ask, ‘How much will it cost?’ You say, ‘A lot.’ They’ll ask, ‘Is it dangerous?’ You’ll say, ‘Yes, people will probably die.’ They’ll ask, ‘What’s the return on investment?’ and you’ll say ‘Probably nothing, initially.’”

Meanwhile, governments have “a much longer horizon over which it can make investments,” he added, comparing Christopher Columbus’ mission to find a new way to India with a space mission. That too was a government-funded operation.

That doesn’t mean people like Musk and Bezos aren’t doing the right thing investing in space exploration. But for the time being, they’re apparently building huge space trucks that might even turn a profit.

“So what is SpaceX doing now?” Tyson asked. “They’re bringing cargo back and forth to the space station, as should have been happening decades ago. You don’t need NASA to move cargo, you get NASA to do the things that have never been done before. And then when they do it enough, and there’s a routine, then you farm it off to private enterprise, which can actually do it more efficiently than you can, and presumably make a buck for having done so.”

Using Face ID with a mask will not require Apple Watch in iOS 15.4