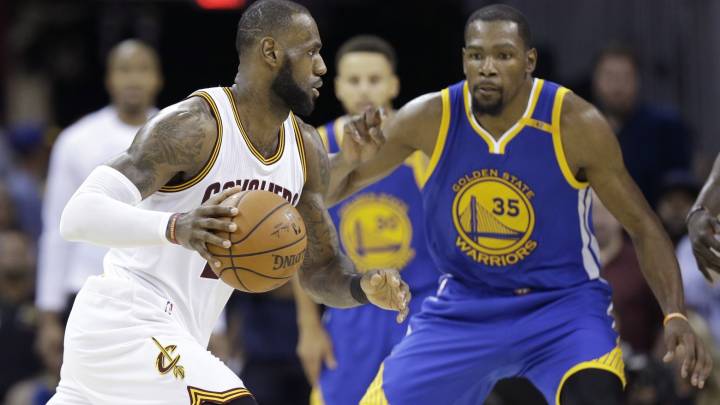 Yes, you read that headline correctly. There’s going to be a Game 5 of the 2017 NBA Finals. With their backs to the wall and all the momentum against them, the Cleveland Cavaliers came out last Friday and absolutely dominated the Golden State Warriors. Not only did the Cavaliers extend the series at least one more game — they gave the Warriors defense a historic whooping in the process.

With the Cavs officially on the board, Game 5 tips off at Oracle Arena back in Oakland at 9:00 PM ET on ABC. Once again, the Warriors can clench the series by beating the Cavaliers tonight, but they’re going to have to remember how to play defense. In Game 4, the Cavs scored most first-quarter AND first-half points in NBA Finals history. They also hit a record 24 three-pointers.

If you want to watch the unexpected fifth game of this series, you have a few options. The first is to flip over to ABC on your TV at 9:00 PM ET, where all of the games have been broadcast. You can also watch Game 5 live on the ESPN App or WatchESPN, but you’ll need a cable login to access them.