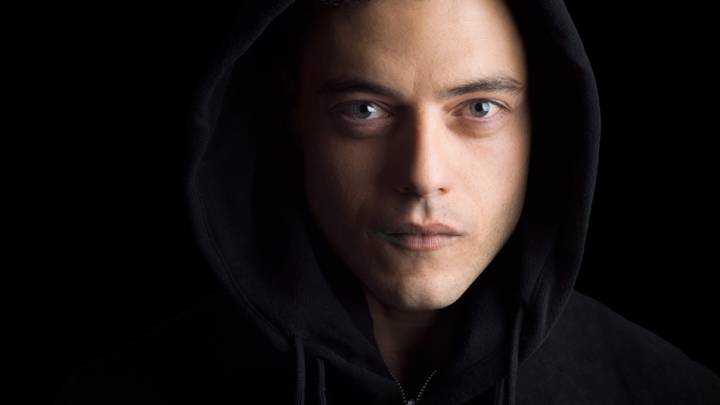 Life, like the man said, is what happens while you’re busy with other plans. Which partly explains how Kor Adana and Ryan Kazanciyan — computer geeks from an early age — ended up pursuing careers in the tech industry. And then both of them taking the same fun, too-good-to-refuse detour into entertainment, joining the creative team for a critically acclaimed cable series that’s about to return for its third season.

Meet two members of the unofficial fsociety behind USA’s Mr. Robot. The show, of course, is the thriller that stars Rami Malek as a hacker which returns in October and which has hooked viewers over two seasons already with its ripped-from-the-headlines storytelling cocktail of Dark Army, hacktivist, Internet of Things-gone-haywire, paranoid, tech-heavy subplots that’s like almost nothing else on the small screen.

Adana is a writer and producer for the show. Kazanciyan is among the show’s team of technical consultants. They shared with BGR a bit about how they bring their real-world expertise into the storylines; what the creative process is like; and a taste of what season 3 holds, following the story arc of season 2 which dealt with the aftermath of the execution of the hack — we’ll keep it vague for those of you who are behind — that represented the culmination of the inaugural season.

The pair also brings plenty of tech cred to their respective roles. Adana, for example, got a degree in network security and went to work in the cybersecurity department of an auto company. He jumped into the entertainment industry after a few years of that, and a series of internships and assistant positions later, he crossed paths with Mr. Robot creator Sam Esmail.

Kazanciyan, meanwhile, has a self-described “obsession” with computer hacking that goes back to when he was 13 (“lurking on BBSs and the early days of the Web with a painfully slow modem”). He got a degree in computer science and spent his first six years out of college focused on vulnerability testing and “red-teaming” — helping government agencies and businesses understand how hackers could compromise their networks.

He then switched to playing defense, investigating intrusions by nation-state actors, and teaching incident response for the FBI cyber-squad and at conferences like Black Hat. Today, he’s the Chief Security Architect for Tanium, which build software to help companies protect and manage their systems.

“Last season was a learning experience for me, and set a great foundation for our work together for season 3.” said Kazanciyan, who came onboard last season. “Kor and I spent many hours collaborating remotely during the writers’ room sessions, with the back-of-mind awareness that we’d eventually have to build out every technical scene and hack down to the smallest detail.”

Adana says one of the big themes of season 3 — no specifics, naturally — will be “disintegration.”

“We approached the breaking of the story outlines and the writing of the scripts very much like we did in season two,” Adana said. “From a technical perspective, I think the only change we made for season three is the size of our consulting team slightly. Also, Ryan came onboard about halfway through season two. So having him weigh in during the early phases of the season three writers’ room was extremely helpful.”

USA released a clip on Twitter a few days ago showing Elliot at a tournament for hackers and what sounds like his sister Darlene appearing with someone we can’t identify, who commands Elliot to get up and “walk with us.”

This clip, the show tweeted, is “just the beginning.”

Prepare yourself, friend. This clip is just the beginning.

“I can say that some real-world influences are making their way into season three, but I can’t get any more descriptive than that,” Adana said.

He continued, “This show combines my two loves: storytelling and technology. I love reading about fan theories and fan reactions when we air episodes. I love collaborating with such an amazing team to bring something fresh and unique in a pretty saturated TV landscape. All the additional hours that we spend stressing over the tiniest details are worth it when our fans notice them.

“Sam Esmail created a truly empathetic and intriguing character in Elliot Alderson. Elliot is flawed, vulnerable, and everything you’d want in a captivating protagonist. Rami Malek’s performance of Elliot is unbelievable. Tod Campbell’s cinematography is amazing. Mac Quayle’s music is eerie and thrilling. You have a lot of talented people collaborating on a singular vision that results in something that’s unlike anything else on television.”