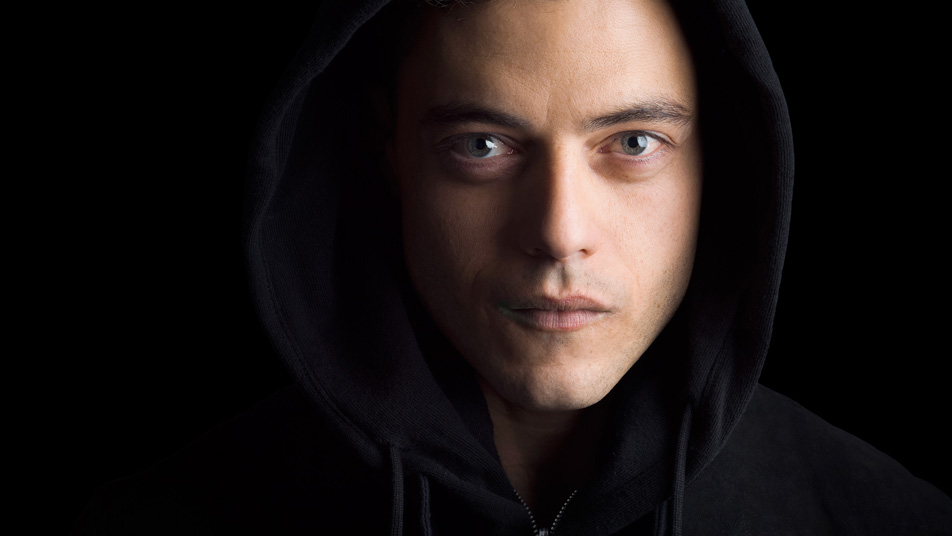 News accounts have abounded in recent days of computer hacking, systems intrusions, big data grabs and the like, with examples that range from the recent takeover of Twitter accounts belonging to high-profile executives to the suspected state-sponsored hack of the Clinton campaign and other affiliated political organizations.

Against that backdrop, the team behind the hit USA network TV series Mr. Robot, a cyberthriller now a few episodes into its sophomore season, not only found the perfect moment to tell the story it wants to tell. It’s a story focused on an antisocial hacker, Elliot Alderson, as well as his personal demons and the fallout of a major action he and his friends took in season one.

The series has also won plaudits (from NSA whistleblower Edward Snowden, among others) for its depiction of the interplay between hackers, coders and the assortment of computers and digital gadgets at their command. And that’s no surprise, since cybersecurity professionals have had a hand behind the scenes in shaping the look and feel of the show.

To prepare for season two, Mr. Robot director Sam Esmail reached out to technical consultants at the cybersecurity startup Tanium. The company’s director of security, Andre McGregor, is a former FBI cyber special agent, which is why he was tapped to help out.

“The best stories are guided by truth, and the show’s creators, including lead technical writer Kor Adana, are really committed to getting the details right,” McGregor said in an email to BGR.

The creatives working on the show in its writers’ room already had a solid outline of where the new season was headed when McGregor and Kazanciyan sat down with them back in January. But they wanted more detail to help plug gaps in character development and to flesh out some scene accuracy.

McGregor said they discussed, among other things, specific hacks that were planned and brainstormed ways to maintain the realism.

“The images and commands shown on screen during the show are real, as are the dialogue and context around them,” he said. “The show has done a good job of lining up the right tools and techniques that would be used if the depicted hacks were to be carried out in the real world.

“It’s easy to get the intricacies wrong of any particular field, and it’s amazing how much effort the team puts into avoiding over-simplification. The hacking on this show is as accurately portrayed as possible for TV because it makes for better drama — and it helps viewers better understand their real-life vulnerability to cyber attack.”

One of the things he praises about the show is how he says it’s found a way to demonstrate how ubiquitous hacking has become, and how there are fewer obstacles to pulling one off than the average person probably thinks there are.

It’s the kind of show, McGregor says, that forces people to ask themselves pointed questions: how much of this is art imitating life, and what are we doing about it?

Kyle Lady, an engineer at Duo Security in Ann Arbor, Mich., told BGR he thinks the team behind the show has struck the right balance between technical perfection and pushing the story along.

“In Star Trek, the writers could get away with writing ‘Captain, the tech is teching!’ and have someone else fix the sentence later, because it’s an unfamiliar universe,” Lady said. “Movies and TV seem to have often used this approach for shows set in the modern day or near future.

“The problem with this is that, being set in the present means it’s a subject that many people know well. We can point to movies where computer terms are just thrown about to sound legitimate, like Jurassic Park’s ‘It’s a Unix system; I know this!’ The difference there is that tons of people are familiar with Unix systems and immediately lose the suspension of disbelief as we fly through a 3D file system that no one would actually want to use.”

While the hacks that are present in Mr. Robot seem to someone in the infosec industry like Lady that they take less time or are a bit more convenient, they nevertheless still “feel” plausible. And that satisfies him in a way similarly themed pop culture fare doesn’t, or can’t.

In addition to avoiding “deus ex machine” scenarios, the ongoing dialogue between the show’s technical consultants and the rest of the team results in attacks that involve lots of hard work with incremental advances, Lady says. It’s not just “‘wait, I forgot about the switch on the back!’ with two minutes left in the episode.”

So far, the new season certainly feels a bit darker than season 1, which found Elliot and the fsociety hacker collective pull off a massive hack. The major characters this season are still dealing with the ramifications of that, among other new developments.

One of the new series’ early episodes shows a lawyer with a smart home laden with Internet of Things gadgets. Hackers take it over, doing things like raising the shower temperature, blasting music through the speakers and setting off the home’s alarm.

“The show has found a way to effectively demonstrate how ubiquitous and easy hacking has become in mainstream society,” McGregor said. “It’s a scary reality for everyone in the world today. The stakes are high. A show like Mr. Robot raises awareness not only among people who may not think about this all the time, but also for government leaders who are not exposed to this new global threat day in and day out.”