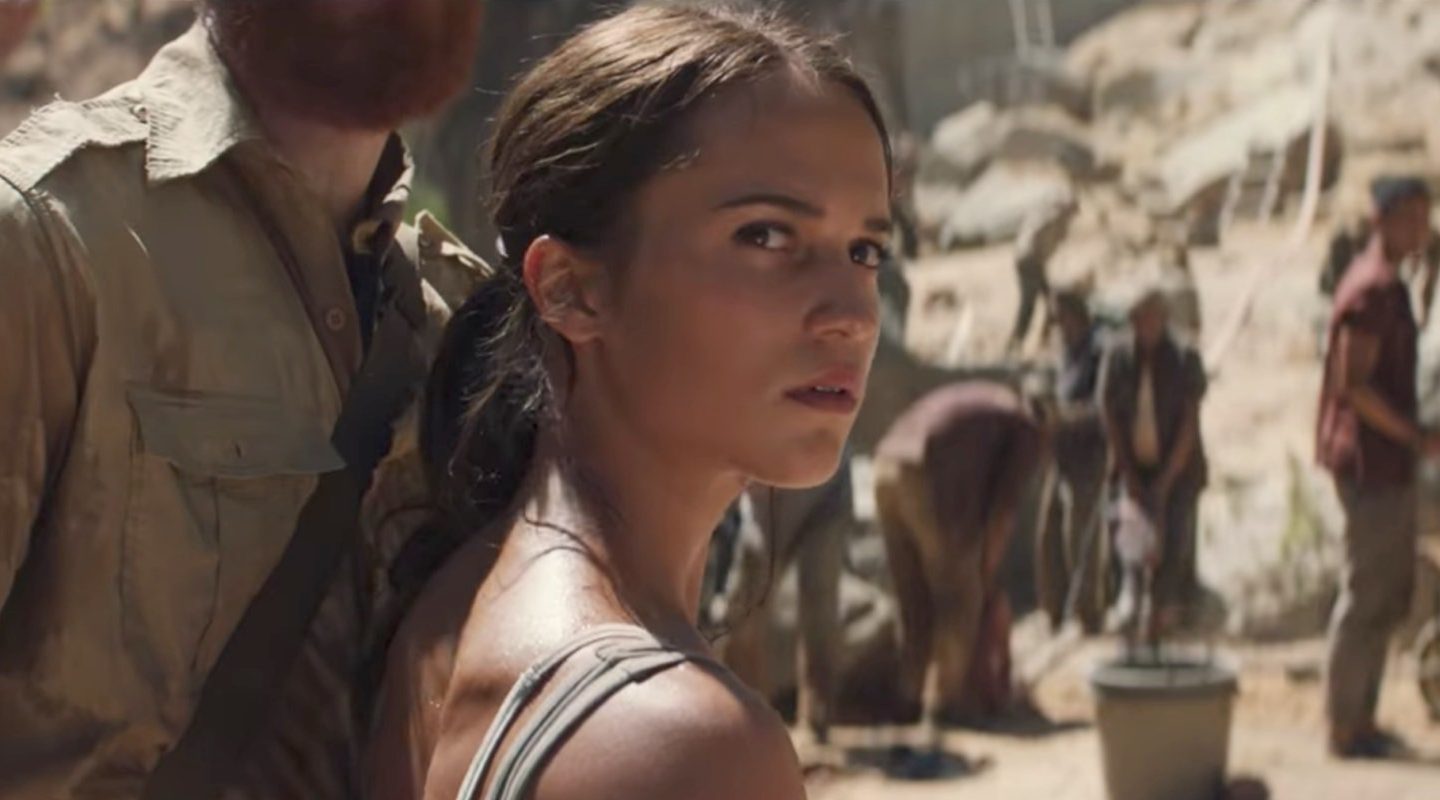 I don’t know about you, but I can’t wait to watch that Kingsman: The Golden Circle sequel that’s opening this week. And I’ve yet to see that scary movie that everyone is talking about — I think you know exactly what It is. But before any of that, it’s time for some brand new movie trailers, and we’ve got quite a few fresh ones to show you.

All I See Is You

October 27th isn’t just the day when the iPhone X becomes available for preorder. It’s also when All I See Is You launches. It’s a thriller about a woman (Blake Lively) regaining her eyesight and discovering some pretty scary things about her husband and their lives.

Breathe marks the directorial debut of Andy Serkis, so that’s a good enough reason to be curious about the movie. But the movie is also interesting because it’s based on the real story of a family dealing with a terrible disease. Breathe launches on October 13th.

Ok, so Cook Off! isn’t necessarily something to watch in a theater because it may never launch in one. It’s a mockumentary about strange TV competitions that was made all the way back in 2007, and will launch online on November 17th. Melissa McCarthy and various other comedians are in it.

Ferdinand is a big, scary bull. But don’t judge a bull by its cover. He’s a lot more than that. The animation launches on December 15th:

Wes Anderson fans, you’ll probably want to add this title to your list of Wes Anderson movies to watch. Like Fantastic Mr. Fox, this is a Wes Anderson animation. And it’s got an amazing cast voicing all the dogs and humans in it. Isle of Dog launches on March 23rd.

Jumanji: Welcome to the Jungle

On December 20th, the next Jumanji reboot hits theaters. But it comes with a huge twist. This board game is now a computer game, and the players are sucked right in it, where they’ll have to survive playing as different avatars. Here’s a brand new trailer for Jumanji: Welcome to the Jungle:

I just love these movies that are made for a specific type of actor: the aging one. Just Getting Started stars Tommy Lee Jones and Morgan Freeman, which should be a great pair up. They’re playing a former FBI agent and an ex-mob lawyer in the witness protection program who have to work together to survive a mob hit.

Murder on the Orient Express

Time for a brand new Murder on the Orient Express mystery, especially with a cast like this: Johnny Depp, Michelle Pfeiffer, Daisy Ridley, Penelope Cruz, Willem Dafoe, Judi Dench, Josh Gad, and Kenneth Branagh. The latter is also the director, and he plays detective Hercule Poirot.

Baby Driver str Ansel Elgort plays a regular teenager who decides to take up a murder investigation on his own. November Criminals launches on November 7th.

Peter Rabbit seems like a fun animation judging from this first trailer. We’ve got James Corden starring as the rabbit, and an amazing cast joining him for this feature adaptation of Beatrix Potter’s tale. Look for it in cinemas on February 9th.

When aliens invade earth, you’ll probably want to Revolt. The movie will see a limited release in November, so you’d better look for it online if it sounds like something you want to watch. Those robotic aliens do look interesting, I’ll give you that.

We talked about Liam Neeson’s The Commuter last week, but we have a new trailer version for this crime-on-a-train mystery. Come to think of it, this is just a modern-take of Murder on the Orient Express.

I’m hardly interested in Adam Sandler anymore, but The Meyerowitz Stories might be different. For starters, it’s made by Netflix, which means I’ll see it from home when it launches on October 13th. But it also has a great cast, which makes me think this might be more than a regular Sandler nonsense movie.

A woman’s stay at a mental hospital is extensively documented. By that woman, who happens to keep a detailed diary of her life’s story. The Secret Scripture launches on October 13th.

Angelina Jolie tried to turn the Tomb Raider gaming franchise into a successful movie series, and one could argue that she was somewhat successful, as her Lara Croft movies brought in more than $400 million at the box office. But they were not well received Tomb Raider movies. Alicia Vikander picks up the baton, with the new Tomb Raider movie set to launch on March 16th.

Amazon’s Wonderstruck is a drama about a boy and a girl separated by 50 years in time, with both of them looking for the same mysterious connection. Wonderstruck launches on October 20th.