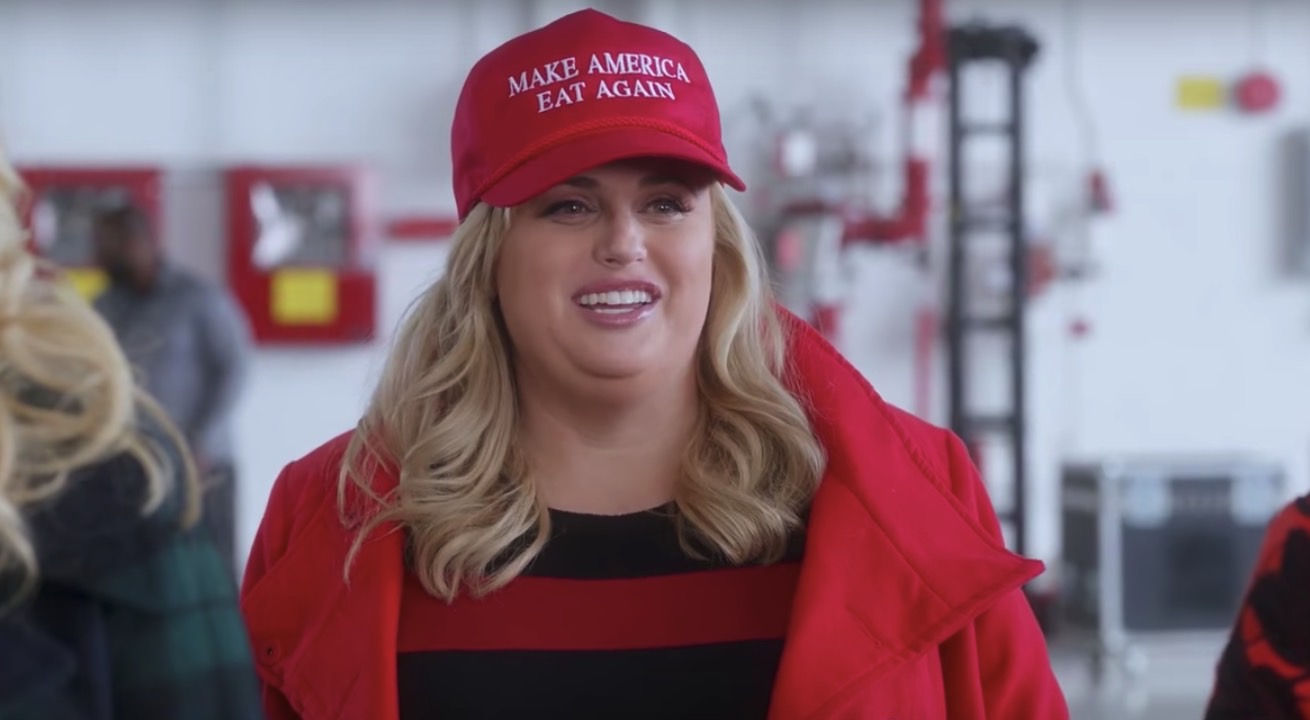 We’ve got at least three hot movies opening this week, including Baby Driver, Despicable Me 3, and The House. But before you get too excited about any of those, you really should check out the following trailers, as we got a boatload of new releases this week, including the first trailer for the new Jumanji picture.

So you loved Mila Kunis and Co. in Bad Moms last year, didn’t you? Well, good news, a sequel is already done, and it’s going to hit cinemas on November 3rd as A Bad Moms Christmas. What happens is the moms’ moms are coming over. For Christmas. Here’s what I’m talking about:

Breath on the other hand, is a more serious story. It’s actually the true story of a man whose life is turned upside down by polio. Starring Andrew Garfield and Claire Foy, the movie launches on October 13th.

Death Note is a new Netflix movie, which means you’ll be able to stream it from the comfort of your home as soon as it launches — that’s August 25th.

From the Land of the Moon

Out on July 28th in the states, From the Land of the Moon is a movie about love. Well, it’s a French movie about complicated love. Gabrielle (Marion Cotillard) is a woman married to a man she doesn’t love in the 1950s. Sent away to the Alps to treat her kidney stones affection, she falls for someone else.

What do you do if you’re a bank robbers looking to evade your pursuers, and you can’t seem to shake them off? No idea, but Good Time will answer that question come August 11th.

In Ingrid Goes West, Ingrid (Aubrey Plaza) is a somewhat deranged social media stalker who ends up meeting an influencer she’s really into. Needless to say that things can only go wrong, given all that unhealthy social behavior. The film hits theaters on August 11th — here’s a new trailer:

Jumanji: Welcome to the Jungle

Only a few days ago, The Rock released the first trailer for Jumanji: Welcome to the Jungle on Facebook. The remake hits theaters during Star Wars season, on December 20th, but it does have some potential, at least considering who’s in it:

Elle Fanning, Nat Wolff, and Carly Rae Jepsen, lend their voices to the characters of Leap!, a new animation about dancing in Paris — the movie was originally titled Ballerina. Expect to see it in cinemas on August 30th:

We talked about Logan Lucky only a few weeks ago. In short, it’s like a Steve Soderbergh Ocean movie, but with brothers leading a team of strange thieves. There’s Daniel Craig too, in a role that’s unlike anything he’s done to date. Logan Lucky launches on August 18th

My Little Pony: The Movie. October 6th. I’m pretty sure I don’t want to get anywhere near this animation. But the cast sure is spectacular.

Pitch Perfect 3, on the other hand, is a whole different story. If you liked the previous two installments in the series, then you’re probably saving the date already — it’s December 22nd.

Ok, I totally hear you, The Emoji Movie does sound like a super silly movie. But maybe that’s exactly the point. And when you add T.J Miller, Anna Faris, and all the other A-listers that’ll play these emoji, well, you may just end up with a comedy worth checking out.

Even wondered whether an aging Jackie Chan can still kick ass in action movies? You’ll want to see The Foreigner then. There’s one other reason to get excited about this particular thriller, premiering on October 13th, and that’s an aging Pierce Brosnan.

It’s time for one more biography. The Greatest Showman, starring Hugh Jackman, tells the story of P.T Barnum a 19th century character who became famous for his shows. The musical opens on Christmas day.

Charlize Theron, Javier Bardem and Sean Penn star in The Last Face drama, which tells the love story between an international aid agency director and a doctor during a revolution.

July 14th is the date when the next episode in the new Planet of the Apes franchise launches. It’s time for War for Andy Serkis’ Caesar. And humankind is going to be in for quite a battle.