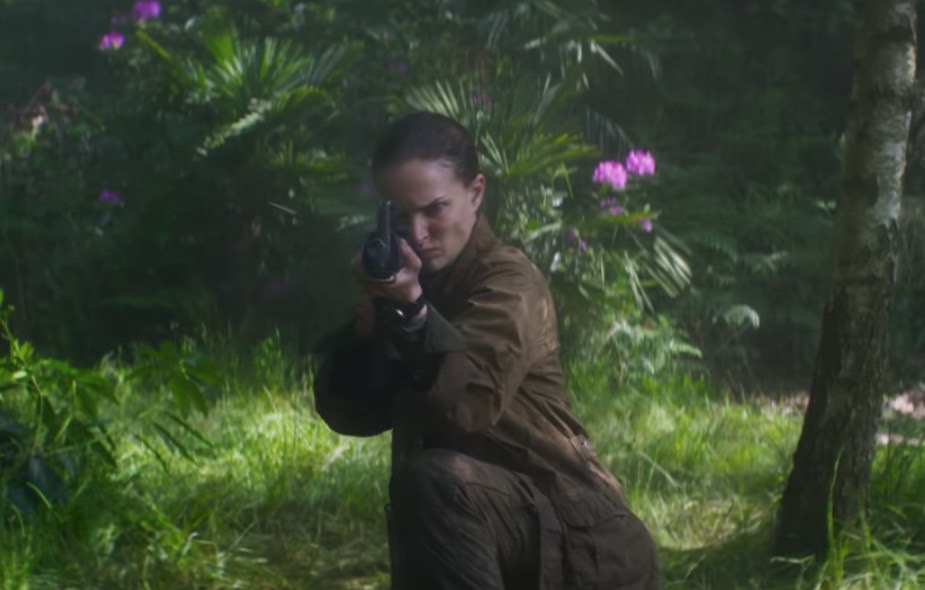 We’ve got quite a number of trailers for you, including the first clip of a brand new sci-fi movie called Annihilation, as well as new trailers for Thor 3, Darkest Hour, and Pitch Perfect 3.

Meanwhile, opening this week are Tom Cruise’s American Made and the Flatliners reboot. Oh yes, and if you want to see a different kind of Liam Neeson movie then look for Mark Felt: The Man Who Brought Down the White House.

The first teaser for Annihilation is here, a sci-fi movie about what seems to be an imminent alien invasion. Whatever it is, it can’t be good, and I can’t wait to see more. Starring Natalie Portman and Jennifer Jason Leigh, Annihilation premieres on February 23rd.

Anybody wants a John Wick movie with Antonio Banderas in the lead? Those of you who answered yes should jot down this title: Acts of Vengeance. It’s about a lawyer who takes a vow of silence until he can deliver his revenge upon the killers of his family.

After Dunkirk earlier this year, it’s time for a new movie inspired by the events in the second World War. Darkest Hour is a story about Winston Churchill’s early days of the war. Gary Oldman portrays the British Prime Minister in this biographical drama, which is set to launch on November 22nd.

We saw quite a bunch of Downsizing clips in recent weeks, but don’t be surprised to see even more videos for the new Matt Damon movie ahead of its December launch. The following clip is not really a trailer, but an “exclusive look,” which tells you pretty much everything you need to know about the film’s plot.

Father Figures is a movie about discovering who their daddy is. You see, Owen Wilson and Ed Helms are fraternal twins who find out from their mother, Glenn Close, that their dad wasn’t actually their dad. So they go on a journey to find him. Among the suspects, we’ve got J.K. Simmons, Christopher Walken, and Ving Rhames.

As it is right now, we can’t control our weather. We can only make it worse. But what if we could do it? Would we ever have to face a massive catastrophe when we’d lose that control? Geostorm imagines exactly that kind of a scenario. The movie comes out on October 20th.

John Travolta plays John Gotti, and that’s all you need to know about the Gotti biography. It should launch at some point later this year, but we don’t have a firm release date for you at the moment.

A college student is killed in Happy Death Day, and then she has to relive the day over and over to solve her murder mystery. The movie launches on October 13th.

Remember the Maze Runner movies? Well, the final episode in the series is coming soon, and it’ll hopefully answer all our burning questions about this post-apocalyptic world. Well, who am I kidding, Maze Runner is definitely not my kind of movie so I won’t hurry to watch it in a theater come January 26th.

I’m not sold on My Little Pony: The Movie, but then again, I do see potential, considering who’s voicing the little ponies. We have on more clip for the animation, which will hit theaters in early October, and it’s musical:

Speaking of music here comes Pitch Perfect 3. It’s the same gang you’ve grown to love, and they’re up for one more musical challenges. Yes, expect a singing competition that will be just as silly as the previous ones. Go, Bellas!

The Death of Stalin is also a movie inspired by historical events. However, it’s a lot more humorous than Darkest Hour. In cinemas on October 20th, the movie is more of a dark comedy that offers a hilarious look at the events that followed Stalin’s death.

The Killing of a Sacred Deer

You know what’s even darker? The Killing of a Sacred Deer, a movie about a surgeon who takes a teenage boy in his care only to discover that there’s something very wrong with him. The film stars Colin Farrell, Nicole Kidman, and Barry Keoghan, and launches on October 20th.