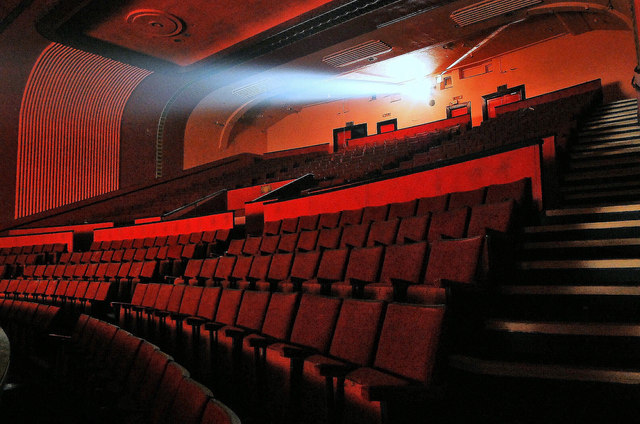 Over the past week, we’ve heard a lot of rumblings about Screening Room, a new initiative started by Napster cofounder Sean Parker that would make it possible for you to watch movies on the day they’re released from the comfort of your living room. While an A-list of Hollywood directors — including Steve Spielberg, J.J. Abrams, Peter Jackson, Ron Howard and Martin Scorsese — has emerged to support this initiative, movie theaters are predictably much less happy about it, as TorrentFreak notes.

The Art House Convergence (AHC), an industry group that represents over 600 theaters, sounded out the alarm bells about Screening Room this week and said that would actually be a boon to torrent sites that pirate new movies.

“[Screening Room’s] proposed model is incongruous with the movie exhibition sector by devaluing the in-theater experience and enabling increased piracy,” the group wrote in a letter. “Furthermore, we seriously question the economics of the proposed revenue-sharing model.”

In case you don’t know, here’s how Screening Room works: You’d pay $150 up front for a special set-top box that would allow for the streaming of a given movie one time within 48 hours after you pay $50 to watch it. While this sounds like a lot of money, it would also be possible for people to recoup the costs if they have lots of friends over to watch the movie who are willing to chip in. If you have 10 people over to watch the new Star Wars, for instance, they can pay $5 each and help you fully recover the initial cost.

The issue with Screening Room is how it would be able to effectively prevent piracy. It’s entirely conceivable that some clever hackers could figure out how to record the movies shown on their screens and then upload them to piracy websites. Screening Room’s solution is the $150 set-top box that will supposedly be loaded with security features that will prevent piracy, but AHC and other cinemas are right to point out valid concerns about whether this will really work.