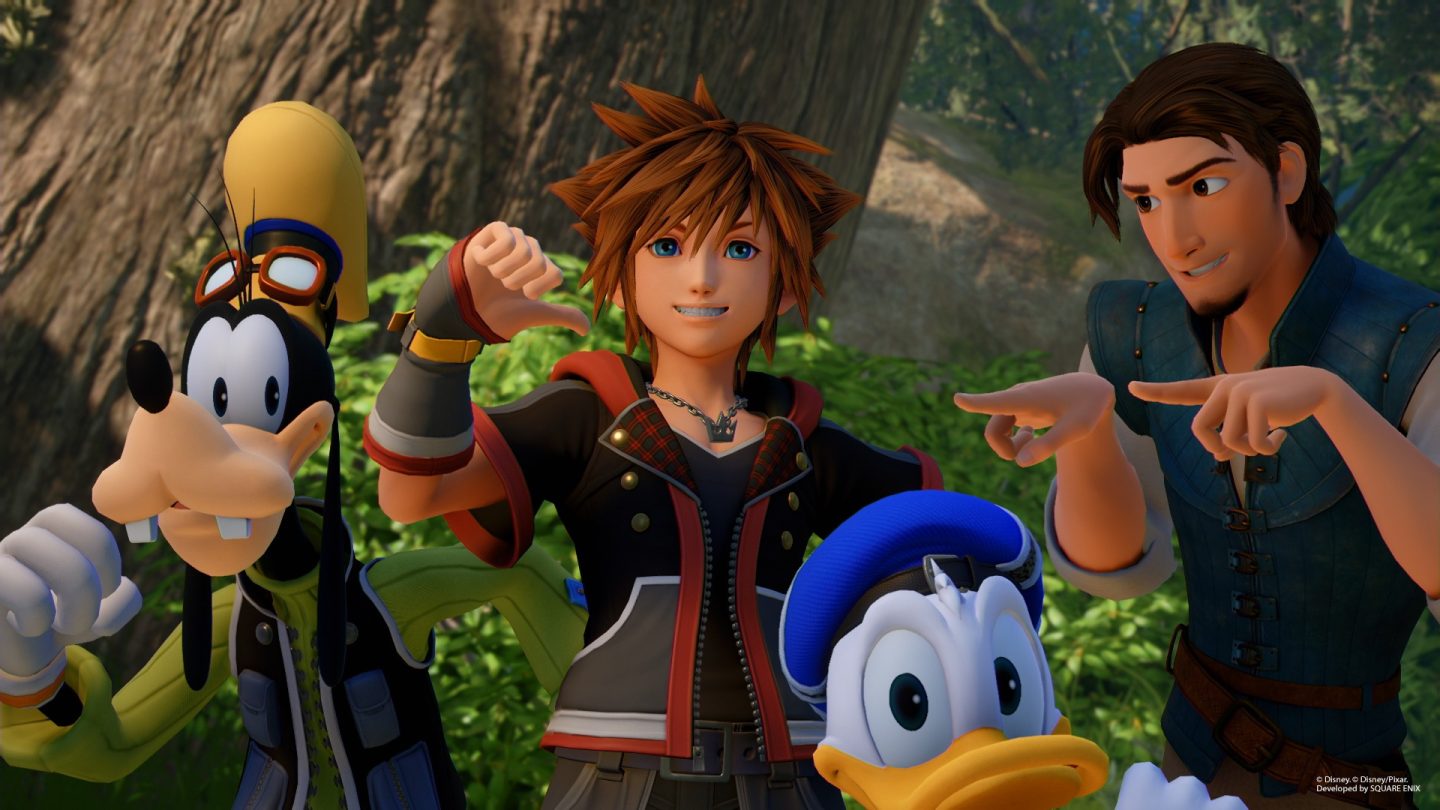 We’re now deep enough into the current generation of gaming consoles that massive, game-changing entertainment experiences have become the norm, and any month without one is a major disappointment. This year alone we got a new Red Dead, a new Smash Bros., a new God of War, and a new Spider-Man — all of which are arguably the best of their respective franchises, along with being some of the best games of the generation.

As we seem to reaching the inevitable transition to the next phase of consoles in the next couple of years, 2019 could be the last year we see developers fully focused on the PS4 and Xbox One (not so much the relatively recent Switch). With that in mind, here’s a list of 20 games we’re most looking forward to next year.

Nintendo has slowly but surely been bringing all of its most important properties to the Switch, from Super Mario Odyssey to The Legend of Zelda: Breath of the Wild to Pokemon: Let’s Go to Super Smash Bros. Ultimate. But one franchise that fans have been clamoring for since the console was announced is Animal Crossing. In 2019, they’re finally going to get it. This will be the first mainline Animal Crossing game since New Leaf on 3DS in 2012.

The first of several games that are appearing on this list for the second time, Anthem is ambitious enough to deserve another chance as one of our most anticipated games of the year. This persistent online third-person shooter could very well take the crown from Destiny 2, as that game has fallen off a cliff in recent months, but it has to be great. I’m looking forward to playing in one of the beta events leading up to launch in February.

After playing the original Crackdown again for a few hours on my Xbox One (courtesy of backward compatibility), I have been unable to let myself give up altogether on this endlessly-delayed sequel. Now, don’t get me wrong: My expectations are still relatively low, but if they can capture even some of the magic in the original game, while upgrading the systems and the graphics to suit the current generation, I’ll be more than pleased.

I don’t often includes remakes, remasters, or re-releases on this list, but Crash Team Racing was a big part of my childhood, and it’s one of the only remasters I plan to pick up on day one. While it might be fairly easy to screw this one up, it should be even easier to leave the game mostly untouched and just sprucing up the graphics.

I’d never really given Devil May Cry a fair shake before the DmC reboot in 2015, but with the series getting its first true sequel in eleven years next March, I’m ready for another fast-paced hack-and-slash action game. Three playable characters, a brand new play style, and a cameo system where other real-life players who are connected online can make a cameo appearance in your game to help you fight off the baddies.

For all its problems (and there were plenty), Far Cry 5 was one of the most fun games I played in 2018. I thought the ending was incredibly stupid, but with New Dawn, Ubisoft has an opportunity to deal with all the consequences of its previous game in a way that it hasn’t with other entries in the series. The idea of a semi-post-apocalyptic Far Cry is something I can get behind, and the trailer has already got me champing at the bit to play it.

Gears of War is another franchise that never quite hooked me, but Gears of War 4 was one of the more pleasant surprises of the Xbox One era for me. Aside from being well-paced and fun to play, it also made me care about its characters, and now I’m anxious to see where they go next. Thankfully, we’ll all find out in 2019.

When the developer behind Pokemon Go announces a new game, it’s impossible not to take notice. Originally slated to launch this year, Harry Potter: Wizards Unite is yet another free-to-play, location-based AR game, but should be a markedly different experience than what the developer’s Pokemon game has to offer.

I have my doubts about this game actually being ready before the end of next year, especially with rumors floating around that the scope of the game has increased significantly since developer Campo Santo was acquired by Valve, but it’s my list, so In the Valley of Gods goes on it. I don’t think Firewatch (the developer’s first game) truly lived up to its potential, but it’s that potential that has me so excited for the next project.

Thirteen years later, the sequel to Kingdom Hearts II has a real release date. Despite being an unabashed fan of this series (and all of its ridiculous spin-offs), I’m keeping my expectations in check for this action RPG which will see our hero Sora (and his friends Donald and Goofy) explore the worlds of Frozen, Pirates of the Caribbean, Big Hero 6, Toy Story, and Monsters Inc., among others. This game will wrap up Sora’s story, too.

Luigi’s Mansion was the first game that I owned for the Nintendo GameCube, and while it hasn’t aged all that well, it remains one of the quirkiest and most interesting first-party games Nintendo has ever developed. No other game in the past seventeen years has let me catch ghosts with a vacuum cleaner (other than Luigi’s Mansion: Dark Moon on the 3DS), so I’m not going to say no to a full-fledged sequel on the Switch.

Ori and the Will of the Wisps is a game that I will continue to put on my most anticipated games lists until it finally comes out, because the first one was just that good. I’ve only played a couple of platformers since Ori and the Blind Forest came out in 2015 that come close to matching its splendor (Celeste and Hollow Knight, if you must know), but if the sequel can live up to the original, it will give the Xbox One a game of the year contender in 2019.

Pokemon Sun and Moon were the first mainline Pokemon games I completed in at least a decade, so the idea of taking the series a step further with a console release has me incredibly excited. We still know virtually nothing about this game other than that it will be the first full Pokemon RPG on a home console, but isn’t that enough?

As exhausted as I’ve become with open world games in general, we still aren’t getting a consistent stream of good open world first-person shooters. I’m not sure if Rage 2 is going to be the salve I’ve been seeking, but I like Avalanche Studios, and after Fallout 76, Bethesda really needs a win. As do its fans.

FromSoftware, the studio best known for Dark Souls and Bloodborne, is finally getting a chance to mess with the formula it established in those games in a meaningful way with Sekiro. Although this doesn’t appear to be a total departure for the team, its fast pace and lack of RPG elements should be a breath of fresh air. 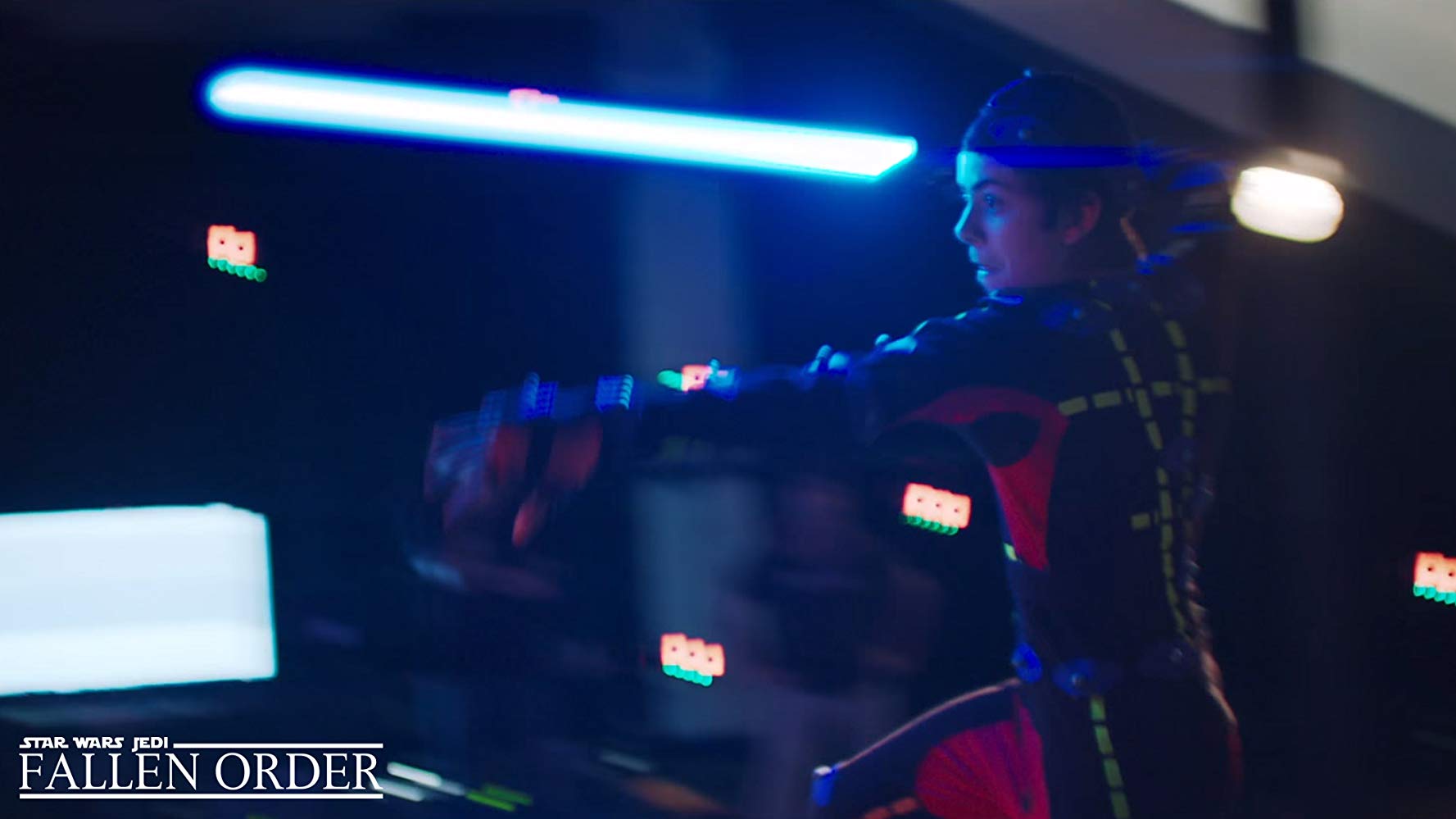 Star Wars Jedi: Fallen Order is an action-adventure game that follows a Padawan who survived the Great Jedi Purge at the end of Revenge of the Sith. That’s all we know so far, but the fact that Respawn Entertainment (Titanfall) is working on it has me hopeful that it could be an all-time great Star Wars game.

The story of The Division is one that could only exist in the current day. No, not the actual plot of the game, but the story surrounding the game. At launch, it just didn’t work the way it was supposed to, and many people bounced off of it, but after a lot of hard work, the team actually managed to mold The Division into something that thousands of fans really enjoyed. If The Division 2 can start as strong as its prequel finished, it could be great.

I don’t want to speak for Obsidian Entertainment, but The Outer Worlds sure looks like what they would have made if Bethesda had asked them to make another Fallout spin-off like Fallout: New Vegas. The good news is that this first-person RPG doesn’t come with any of the baggage of the Fallout series, so Obsidian can chart its own path and build its own universe. And best of all, this universe seems to have a sense of humor!

Flashing forward nearly 20 years, jumping over to Nazi-occupied Paris, and handing the reins over to BJ Blazkowicz’s twin daughters is certainly one way to pique my interest for a new Wolfenstein game. The New Colossus really wasn’t my cup of tea, but a few tweaks is all I’d need to be back in in a big way.