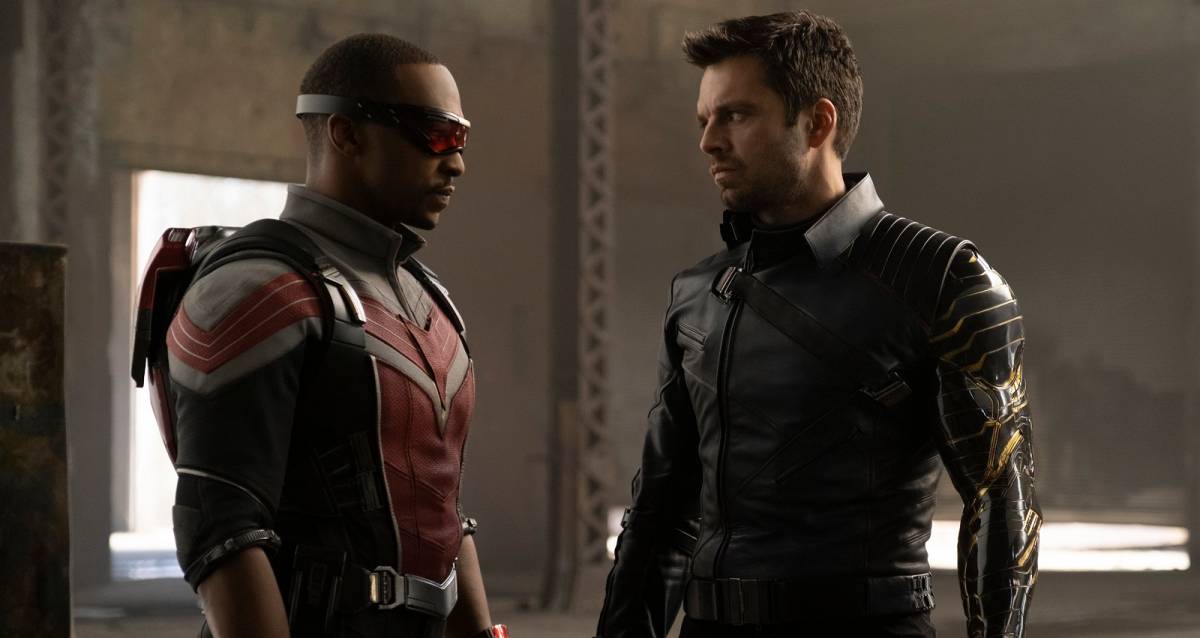 2020 sucked for more reasons than I care to list, but bad TV wasn’t one of them. While many shows were delayed and even canceled due to the pandemic, 2020 was still chock full of amazing TV, from returning series like The Boys and The Mandalorian to fresh surprises like The Queen’s Gambit and I May Destroy You. Against all odds, 2021 may somehow top it, though, as Disney+ leads the charge with multiple Star Wars and Marvel shows throughout the year. Below, we’ve rounded up twelve shows that we can’t wait to watch in the new year.

The Book of Boba Fett | Disney+

Following the events of The Mandalorian season 2, we have no idea what the future holds for Grogu and Din Djarin, but we’re probably going to have to wait until 2022 to find out, because a spinoff focusing on Boba Fett is set to start next December, before The Mandalorian season 3. We don’t know much about this spinoff yet, but it will presumably tell us what happened between Fett’s unfortunate encounter with a sarlacc and his surprise return.

The Falcon and the Winter Soldier | Disney+

Although they’ve both been a part of the MCU for years and have each appeared in several movies, Falcon (Anthony Mackie) and Winter Soldier (Sebastian Stan) haven’t really had their time in the sun. That will change when they team up for their own Disney+ original series in March. We’re also going to get a sneak peek at what the Avengers will look like without Steve Rogers at the helm, and we may learn the identity of the next Captain America.

Apple TV+ has already scored a few goals with The Morning Show and Ted Lasso, but Foundation — based on the novels by Isaac Asimov –could be its first truly massive original series. According to Apple, “Foundation chronicles a band of exiles on their monumental journey to save humanity and rebuild civilization amid the fall of the Galactic Empire.” It sounds appropriately epic for a streaming service in search of its Game of Thrones.

Few video game franchises have been adapted to the small screen, and even fewer have been done well, but there might be hope for Halo, which Showtime started filming late last year and just recently resumed production. Whether or not this sci-fi saga will translate to serialized storytelling on TV remains to be seen, but between the vast archive of lore the creators have to draw on and the millions of fans that have played the Xbox games, Halo stands a chance of becoming for Showtime what The Witcher is for Netflix and The Lord of the Rings will be for Amazon.

Hawkeye might not be the most capable Avenger, but he’s getting his own show late this year that will see him team up with Kate Bishop, and if you’ve read the comics, you know that Kate Bishop is also Hawkeye. To be clear, not Lady Hawkeye or Hawkgirl — just Hawkeye. It’s still not totally clear what direction Marvel plans to go with this, but Hailee Steinfeld might be getting ready to take Jeremy Renner’s spot in the MCU soon.

Tom Hiddleston’s Loki appeared to be one of the few permanent casualties of Avengers: Infinity War, but keeping the trickster god down takes more than a single thrashing at the hands of Thanos. As we saw in Endgame, Loki used the tesseract to escape his fate in a different timeline as the Avengers were jumping through the past, and now he’s at the mercy of the Time Variance Authority, which is a group that governs the countless realities of the multiverse. As delightfully weird as WandaVision is going to be, Loki might be the most fun Disney+ series.

MacGruber (Will Forte) has been suspiciously quiet ever since his movie premiered in 2010, but more than a decade later, the dumbest secret agent on the planet is making a comeback on NBC’s Peacock. We have no idea what MacGruber will be doing in this streaming series, but we know it will be outrageously stupid.

In addition to being one of the more recent superheroes to debut in Marvel Comics, Pakistani-American Kamala Khan (Iman Vellani) is one of the first Marvel heroes to be a fangirl before turning into a hero herself. This project is exciting for too many reasons to count, but it will also lead directly into Captain Marvel 2.

After finishing Guardians of the Galaxy Vol. 2, James Gunn jumped from Marvel to DC to direct The Suicide Squad, which is slated to come out in August 2021. Don’t worry, he’ll be back for more Guardians before too long, but in the meantime, he’s writing a Suicide Squad spinoff show for HBO Max focusing on Peacemaker (John Cena), and will also direct several episodes. If Disney can have its own comic book shows, so can WarnerMedia.

One of my favorite discoveries of 2020 was The Clone Wars cartoon, which introduces many of the characters that we saw in The Mandalorian season 2. The Bad Batch is a sequel and a spinoff, focusing on Clone Force 99, which made its debut in the seventh season of Clone Wars. Not only does the animation look like a step up from its predecessor, but it will fill in yet another blank of the Star Wars timeline as the canon continues to grow.

Marvel Studios was forced to push back all of its Disney+ shows due to the coronavirus pandemic, but we won’t have to wait much longer for the first to finally make its debut, as WandaVision begins streaming early this month. Marvel fans had to go an entire year without any new content, so you can bet that they are champing at the bit to see what Vision and Scarlet Witch have been up to and what the MCU looks like post-Endgame.

Few shows have been stuck in development hell as long as the adaptation of beloved comic book Y: The Last Man, but the show is finally expected to make its way to FX on Hulu this year. As the name suggests, the comic is about the last man on the planet following a plague that wiped out every creature with a Y chromosome. So how did he survive? Ben Schnetzer, Olivia Thrilby, Ali Badshah, and Diane Lane are set to star in the show.