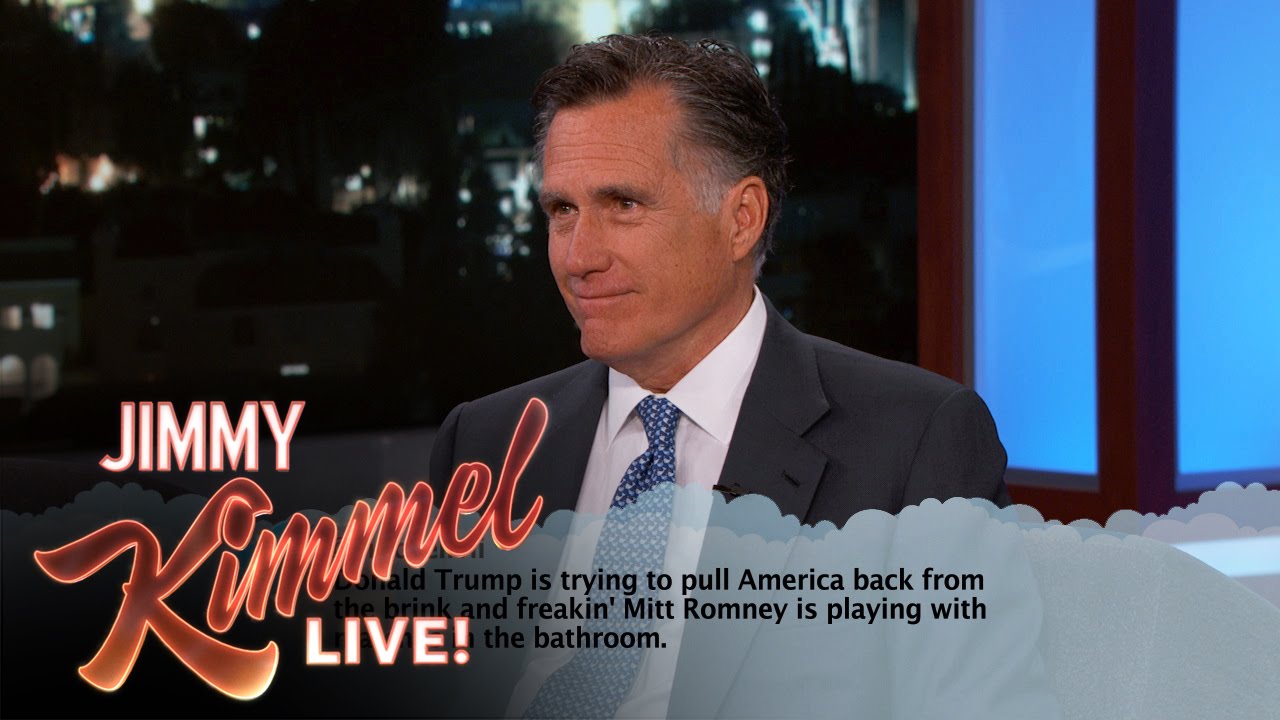 Shortly before one of the strangest Republican primary debates of any election season, Mitt Romney reentered the political arena to plead with the constituents of his party to vote for anyone but Donald J. Trump.

As you might expect, this didn’t go over very well with Trump or his supporters, but Jimmy Kimmel realized that the fallout of Romney’s remarks would make perfect fodder for his ever-dependable Mean Tweets segment.

On Tuesday night, Mitt Romney visited Jimmy Kimmel Live to discuss the presidential election, explain in detail why he didn’t think Trump would be cut out for the job, and, of course, to read some tweets from the Donald himself:

It’s not the most entertaining of the Mean Tweets videos, but props to Romney for reading insults addressed to himself from a man who could be president one day on national television. And in regards to the last tweet he read, I’d be willing to chip in a few dollars to see Romney crying in a Chuck E. Cheese ball pit too.

For a slightly more serious discussion between Kimmel and Romney regarding Trump’s wildly successful campaign, you can watch this clip from last night’s show as well (but be warned, it’s not nearly as funny):