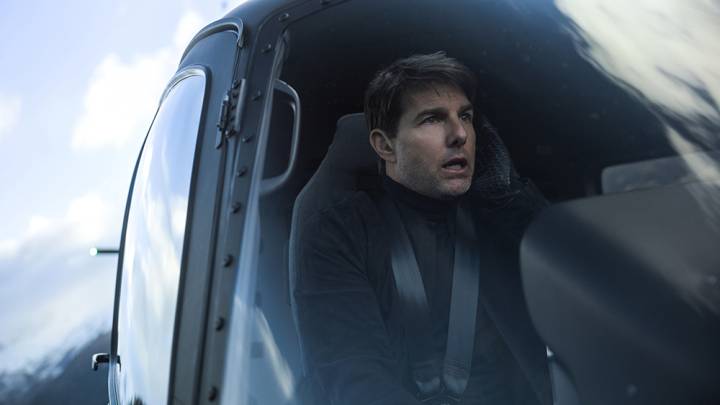 Based on solid Thursday night previews, the latest installment in the Mission Impossible franchise may be headed for a record domestic launch this weekend.

Forecasts are ranging from $50 million all the way up to $65 million for the sixth title in the superspy franchise from Paramount (Mission: Impossible — Fallout) which brought in a $6 million haul on Thursday night. That’s headed into record territory for the series, which saw its best domestic opener in 2000 with Mission: Impossible 2, which scored $57.8 million. Fallout could also end up besting the last installment in the series — Rogue Nation, which pulled in $55.5 million over its opening weekend.

Fallout — in which the famed spy Ethan Hunt, played by Tom Cruise, teams up with a CIA hitman played by Henry Cavill to stop a nuclear attack — hits theaters with a 98 percent score on Rotten Tomatoes, which is a best for the series. Fun fact: the next-best Cruise film after that, according to its Rotten Tomatoes score, is Risky Business.

Watching the film, it may escape audiences’ attention that Cruise — despite his youthful appearance — is just a few years shy of 60. That’s partly because he’s still pulling off many of his own stunts.

He actually broke his ankle in London while performing one of the Fallout stunts, which involved him jumping from a building. His injury sidelined production for a little more than a month.

During an appearance in recent days on The Tonight Show, Cruise talked about how scared he was while hanging from a rope attached to a helicopter.

“It was funny,” he told the host, “because when I got up to the top of that skid and I have to — first of all, I have to climb up that thing a million times. It was freezing cold. When I got up there, I go into a free fall down the rope and there’s just a moment where I’m thinking, ‘I don’t want to let go. I don’t want to do it.’

Also as part of the promotion for Fallout, Cruise took James Corden up in the air for a skydiving excursion. Cruise gives the host of CBS’ The Late Late Show a crash course in how to dive and float through the air. James portrays the requisite squeamishness, mugging to the camera for laughs. In the end, he pulls it off. Watch below.