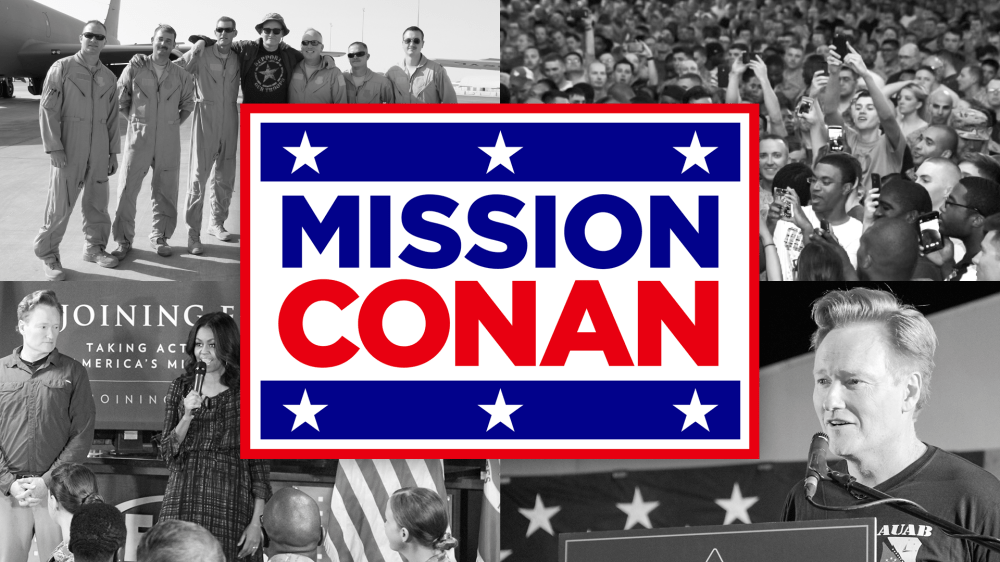 Although Conan O’Brien’s unorthodox celebrity interviews and fantastic Clueless Gamer segments are fun to watch, the late night talk show host is at his best when he’s in completely uncharted territory.

One of the best examples came last year when Conan decided to take a trip to Cuba, and now, almost a year later, he’s made another international trip — this one with a very special guest.

Alright, to be fair, Conan was First Lady Michelle Obama’s guest, along with several other performers who traveled to Al Udeid Air Base in Doha, Qatar to speak with and entertain the troops. The trip actually took place back in November (as you can read about in this New York Times piece), but Conan’s televised special didn’t air until Monday night.

Of course, the episode was more than just a ridiculous computer-generated cartoon. Conan also trains with the Military Working Dogs:

And, of course, he told a bunch of jokes to brighten the mood:

In an increasingly crowded late night landscape, it’s nice to see Conan finding a way to separate himself from the crowd and give back to the country in a meaningful way. Even if it involves playing hide-and-seek with advanced military equipment.