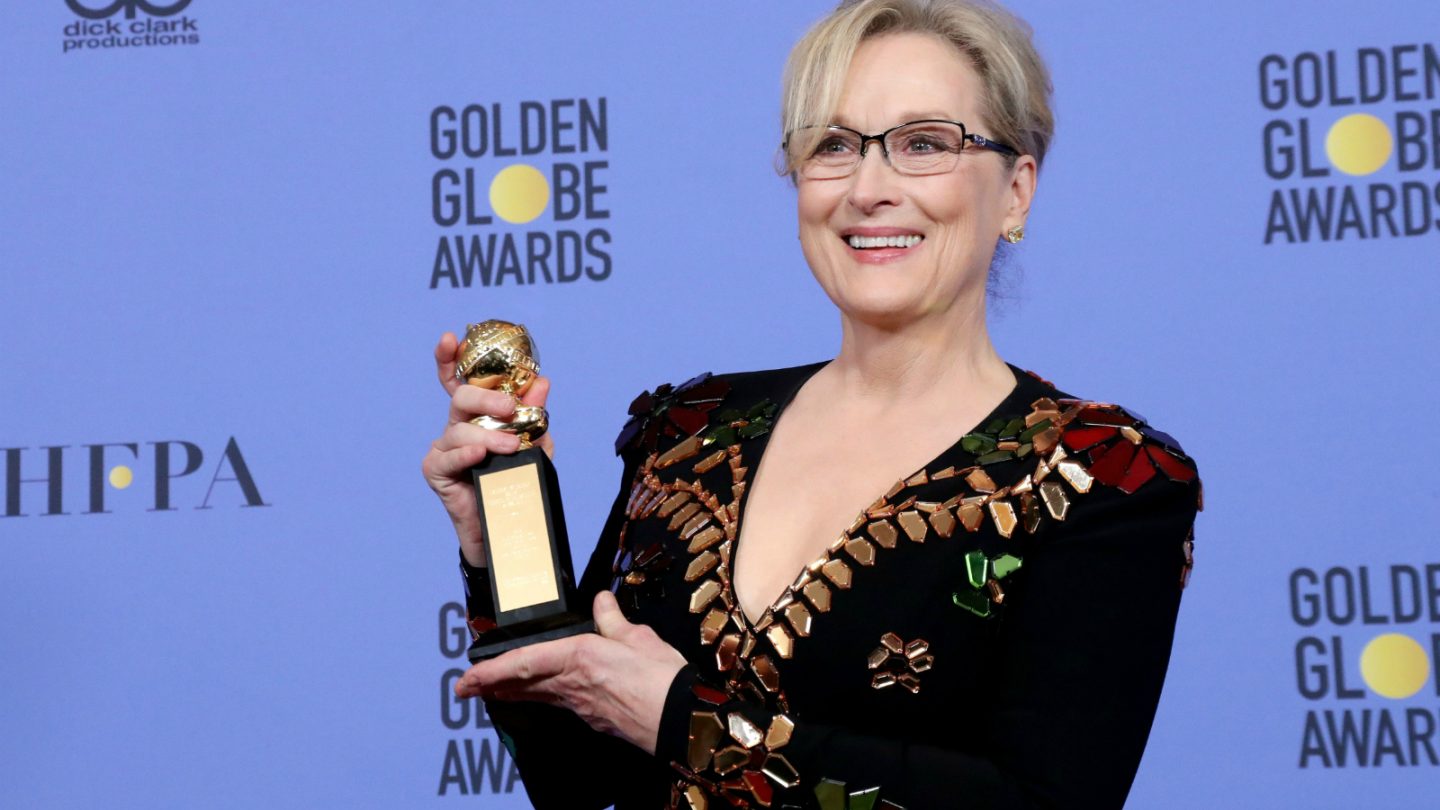 Meryl Streep was honored at the Golden Globes last night with the Cecil B. DeMille lifetime achievement award, and the accomplished actress delivered a heartfelt speech about actors, diversity, and the recent presidential election. Without specifically naming President-elect Donald Trump, she took hits at some of the things he said and did while campaigning, reducing the audience to silence.

As expected, Trump was quick to fire back at Streep, one of the “most over-rated” actresses in Hollywood.

“There was one performance this year that stunned me. It sank its hooks in my heart. Not because it was good. There was nothing good about it. But it was effective, and it did its job. It made its intended audience laugh and show their teeth,” Streep said at one point during her acceptance speech. “It was that moment when the person asking to sit in the most respected seat in our country imitated a disabled reporter. Someone he outranked in privilege, power, and the capacity to fight back. It kind of broke my heart when I saw it. I still can’t get it out of my head because it wasn’t in a movie. It was real life.”

She continued, “And this instinct to humiliate, when it’s modeled by someone in the public platform, by someone powerful, it filters down into everybody’s life, ’cause it kind of gives permission for other people to do the same thing.”

Trump, who said he’s going to keep tweeting about whatever he wants, needed three tweets to fight back.

Streep and Trump were referring to an incident during the campaign, when Trump appeared to mock New York Times reporter Serge F. Kovaleski. The reporter suffers from arthrogryposis, a condition which significantly impairs the movement of his joints.

A video of Trump’s behavior that Streep criticized can be seen here: