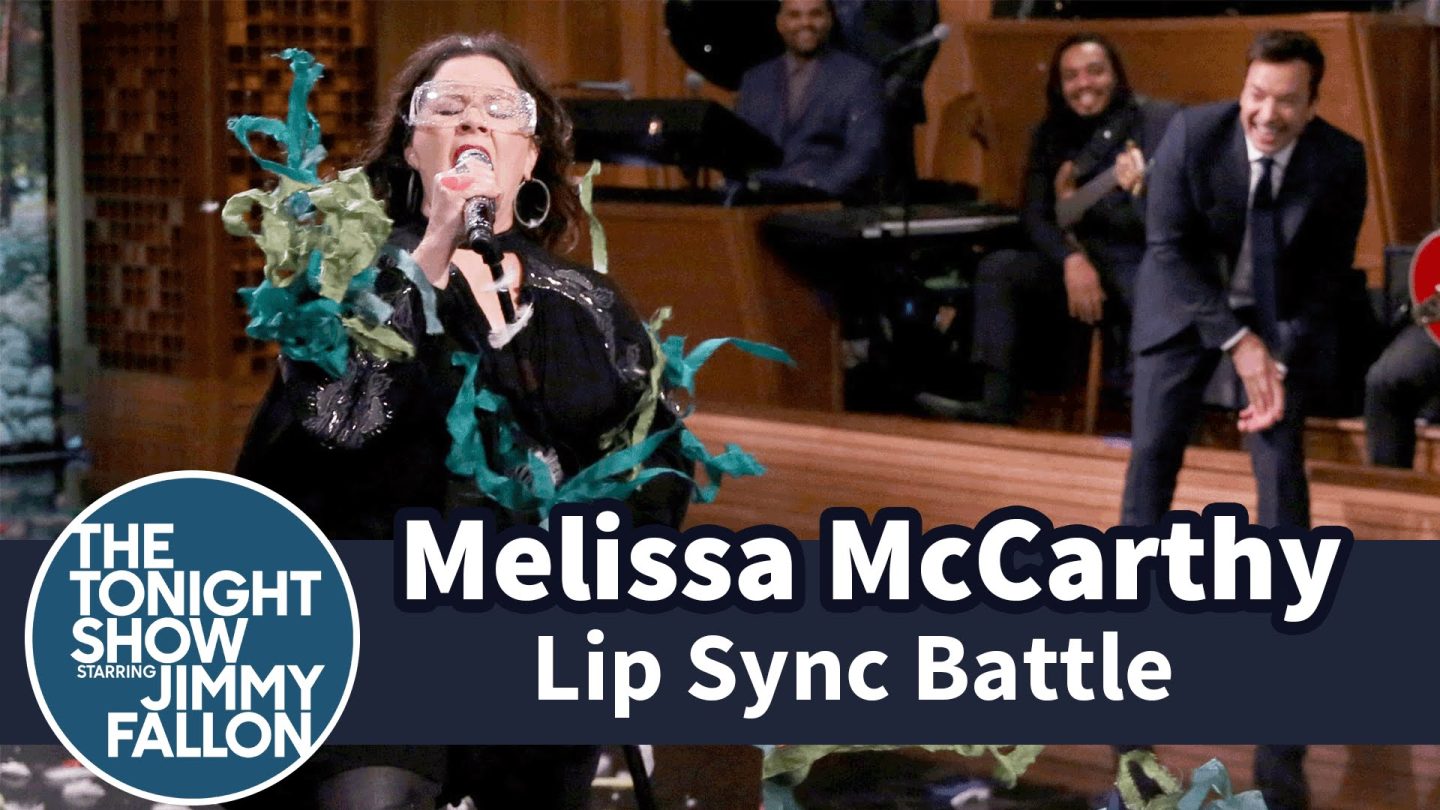 It’s been a couple of years since Jimmy Fallon and John Krasinski introduced the world to Lip Sync Battles, but since then, the goofy segment has become a full-fledged TV show. Still, Fallon likes to occasionally host a battle on The Tonight Show, which is what he did when Melissa McCarthy dropped by this week.

The segment begins innocently enough, with Fallon taking on “Brand New Key” by Melanie. It’s nothing flashy, but watching him pretend to fall over when he “tries on” his new roller skates is sure to make you crack a smile.

McCarthy followed Fallon’s performance with fairly tame performance of DMX’s X Gon’ Give It To Ya, at which point Fallon answered with a sultry rendition of Zayn’s “Pillowtalk.” If you’ve ever wanted to see a talk show host writhe around on the floor, this is the performance for you.

The production values aren’t quite as high as they are on Spike’s Lip Sync Battle, but The Tonight Show really went all out for the “Colors of the Wind” finale:

I never knew throwing random things at Melissa McCarthy could be quite this funny, but I have to admit, it had me rolling. Watch the full segment from The Tonight Show in the video above.