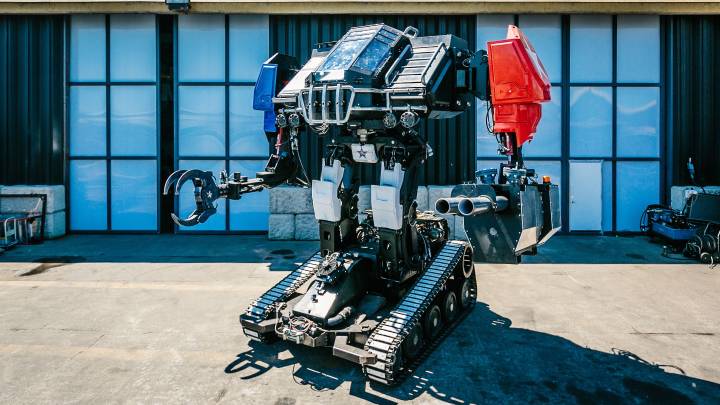 It’s 2017, the world is in utter chaos, we don’t have flying cars or a cure for the common cold, but we do have giant fighting robots. Where did we go wrong? It doesn’t matter, obviously, because we have fighting robots now, and you can watch them battle tonight via Twitch. The US-based MegaBots Inc will be taking on their Japanese counterparts, Suidobashi Heavy Industry in a world-first mega-bot battle that has been brewing for years, and nobody really know what’s going to happen.

The bots, which have been designed, prototyped, upgraded, and finalized for battle, are some seriously intimidating pieces of machinery. MegaBots’ creation, called Eagle Prime, stands an incredible 16 feet tall and weighs in at 12 tons, while the Japanese bot, called Kuratas, weighs in at over four tons and has a lower profile. This is going to be amazing.

The event is going to be streamed on Twitch, though it won’t actually be a live affair. The organizers decided that, due to the fact that the teams of engineers would need to make repairs between the rounds of fighting, that it would be better suited for pre-recording. That’s a bit of a bummer, but it makes a lot of sense, as you wouldn’t want to sit around for an hour while the builders wrench on their creations just to keep the fight going.

The showdown took place in an abandoned steel mill in Japan, which is surely an apocalyptic setting, and spectators were banned from the venue for the safety of everyone involved. Watching a 16-foot-tall robot accidentally plow through a crowd of wide-eyed onlookers probably wouldn’t do much good for the sport of giant robot fighting, after all.

If you want to catch the show, head over to Twitch at 10PM ET, 7PM PT, or you can watch via the embed above. Enjoy!