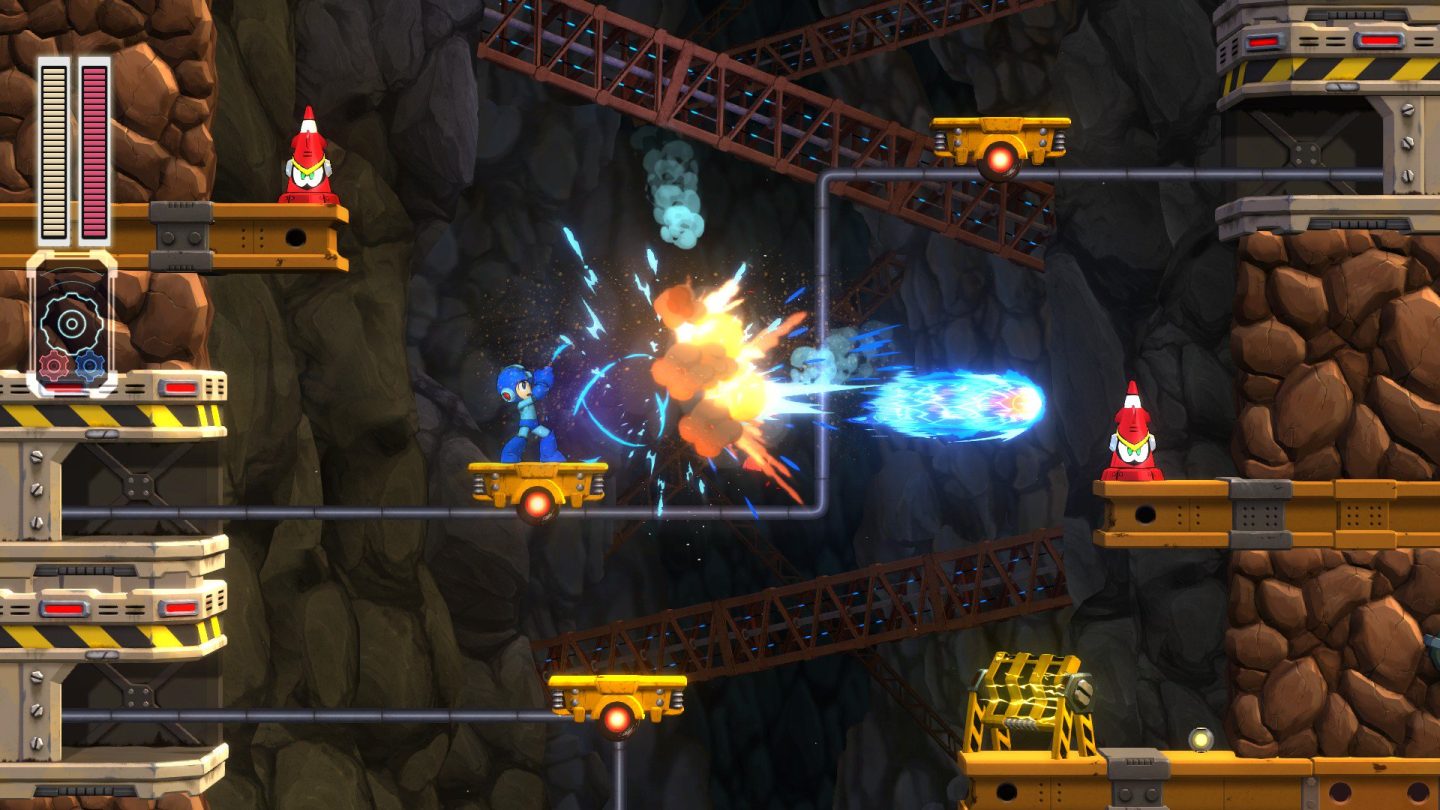 When Mega Man 10 came out in 2010, it looked like the beloved franchise might finally be coming to an end. But then on Monday, during a Mega Man 30th anniversary live stream, Capcom announced that the Blue Bomber will make his triumphant return in late 2018 with the release of Mega Man 11 on PS4, Xbox One, Switch and PC.

While Mega Man 9 and Mega Man 10 both retained the 8-bit graphics of the original NES games, Mega Man 11 will feature a new, cel-shaded look with 3D sprites and environments. At first glance, it looks more like Mighty No. 9 than the Mega Man of old, but hopefully it will play better than the widely-derided spiritual successor.

Other than the fresh look, Mega Man 11 appears to take after its predecessors, with power-ups to collect, bosses to fight and dangerous levels to traverse. You can watch the announcement trailer below to see some gameplay:

In addition to the long-awaited sequel, Capcom revealed that all 8 Mega Man X games will be coming to the three major consoles and PC next summer as well. Previously, Capcom released two Mega Man Legacy Collections which together compiled all ten of the original Mega Man games into two packages.

Finally, Mega Man Legacy Collection 1 and 2 will come to the Switch next year as well, so Switch owners will be able to pick up the entire history of Mega Man games before the end of next year. Considering how quiet the Mega Man series has been in recent years, it’s exciting to see the classic hero return in such a big way.