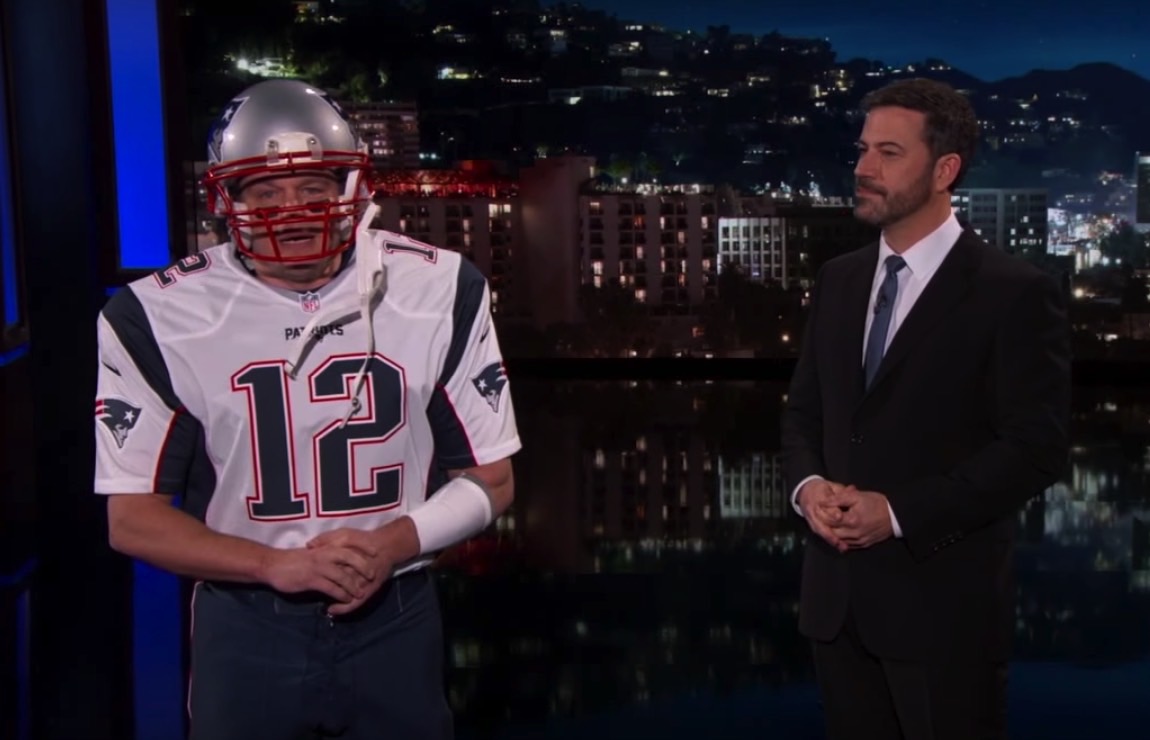 Jimmy Kimmel’s (fake) feud with Matt Damon is well documented, and it’s an incredibly fun fight to watch. For years, Damon has been trying to get on Kimmel’s show to no avail. Kimmel has consistently refused to invite Damon to his Jimmy Kimmel Live! show, citing certain personal reasons, while Damon kept trying to sneak in. What better way to do it than pretending you’re Tom Brady, the guy who just engineered one of the most sensational comebacks in sports history?

Kimmel went ahead and introduced Brady as he deserves to be introduced. “He could have gone anywhere, but I got a call late last night. He flew all the way out here from Houston,” the host said.

That’s when Damon appeared on stage in full Patriots uniform, including helmet and shirt.

“I just haven’t had time to change because I’ve been fired up,” Damon, posing as Brady, told Kimmel when he was asked why he was still in uniform. “I kinda don’t ever want to take it off.”

Kimmel quickly realized what was going on, and forced Damon off the show, telling him that it doesn’t count as being on the show as long as he’s not on the couch. But rather than read all about the latest chapter in the Damon vs. Kimmel saga, watch the full video of it below, complete with all the “Deflategate” jokes would might expect.