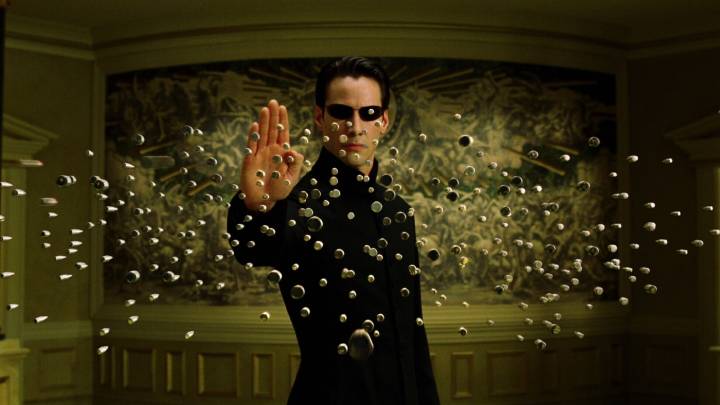 San Francisco residents and visitors, by now, are getting used to the notion that one of the most hotly anticipated sci-fi movies — the long-awaited fourth installment in the Matrix franchise — is filming now in the city, something that’s given people tons of opportunities to catch a glimpse of (and a selfie with) star Keanu Reeves. Indeed, that’s turning into a bit of a sport for not only residents but also visitors from neighboring cities and states, with at least one couple from Pacifica telling a local news crew they drove in to try and spot the star. For other people, though, it’s the helicopter and explosions, which have turned the city’s downtown into a faux war zone, that’s been just as memorable.

People have been posting a flood of video clips to social media in recent days depicting the excitement and the heart-pumping special effects action that’s been unfolding all around them, such as a few recent posts in which scary explosions and a low-flying chopper can be seen:

Filming matrix for by my condo #matrix #matrix4 #matrixsanframcisco pic.twitter.com/9bPzSzHNwu

By all accounts, Keanu (who’s back to once again portray Neo in Matrix 4) has been gracious about posing with fans who’ve stopped him around the city, where filming began earlier this month. Shooting is expected to continue through this summer, after which post-production will get underway so the movie can be finished in time for its scheduled release date of May 21, 2021.

It will be fun to watch set footage continue trickling out as people share what they capture first-hand, but for my money almost nothing will top this bit of footage in recent days — the sighting of two stunt doubles standing in for Keanu and Carrie-Anne Moss (who plays Neo’s love interest, Trinity). The pair can be seen below jumping off of a 43-story skyscraper at the intersection of Montgomery and Market streets in San Francisco. One of the stunt actors grabs the hand of the other before they stop in mid-air and are slowly pulled up and back into position on top of the high-rise.