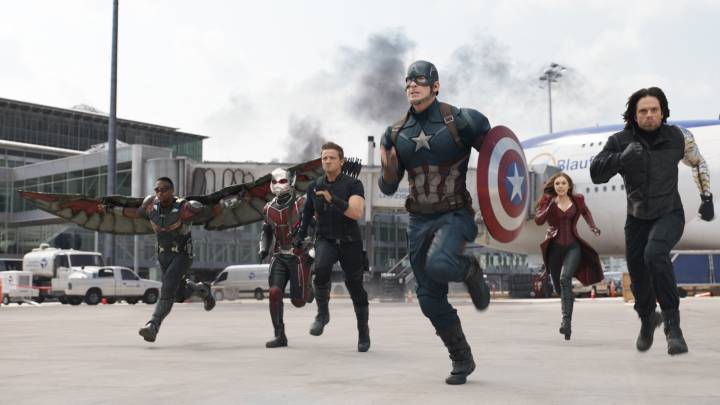 “News to me,” Chris Evans said on Twitter when a report last week claimed that the famous Avenger is negotiating with Marvel a return to the MCU. Evans said several times after Endgame that he felt he was done with the role after everything that happened with the character. He did leave the door open for a potential return to the MCU, although he insisted he would not want to ruin Steve Rogers’ arc that concluded in Endgame.

We already explained why Steve Rogers (now a retired old man) and some of the dead Avengers might appear again in the MCU without ruining the legacy of Endgame. Marvel would not just bring back Tony Stark and Natasha Romanoff from the dead. And Steve Rogers doesn’t have to be our Steve Rogers. That’s because Marvel is opening the doors to the multiverse, which makes everything possible. Different variations of our beloved superheroes might appear in the near future, and they don’t necessarily have to be good guys or superheroes. A Marvel insider who has been posting tidbits about the MCU for years now claims to know how Evans is coming back.

Daniel Richtman said on his Patreon account that the actor is negotiating for three different MCU projects, where he would play two different versions of Steve Rogers. One of them is the obvious Captain America we’d all expect, but with a great twist.

After Endgame, Rogers is an old man who got to live a happy life in a different timeline before returning to pass on the Captain America role to Falcon (Anthony Mackie). It’s unlikely that Marvel would go back on that decision. Mackie will become the next Captain America, and we’d expect to see him play that role into future Avengers crossovers.

Evans would play a Captain America version of the past in two projects that will include Wolverine. That’s definitely a great premise. After all, the X-Men are coming, and Marvel must capitalize on that. Fans would want some interactions between Avengers and X-Men, including team members that are gone from the current roster.

But the leak gets even better. Evans might also play the Captain Hydra version of Steve Rogers in a third MCU movie. This might happen as soon as Doctor Strange in the Multiverse of Madness premieres, a movie that will give us a better look at the multiverse. Events in WandaVision will set up the multiverse, and the story will continue in Spider-Man 3. Doctor-Strange 2 will conclude this three-part arc, various rumors said. We already know that Benedict Cumberbatch will appear in all these three titles.

Various other rumors teased all sorts of cameos for the Strange sequel, and having the Hydra version of Captain America in it would be amazing fan service. After all, when Rogers says “Hail, Hydra!” in that elevator scene in Endgame is a great Easter egg. While our Captain America was just pretending, there’s a Captain America in the multiverse who is a Hydra spy.

As usual with rumors, including scoops from Marvel insiders, there’s no way to verify any of this at this time. Doctor Strange 2 launches on March 25, 2022, assuming Marvel will not delay the film again.

Marvel’s new Captain America did address the rumors, however. “Ya know, I’ve heard that I’ve seen that, and, look, Chris is my boy, so if they’re getting the band back together, I’ll be very happy with that,” Anthony Mackie said during the Happy Sad Confused podcast.