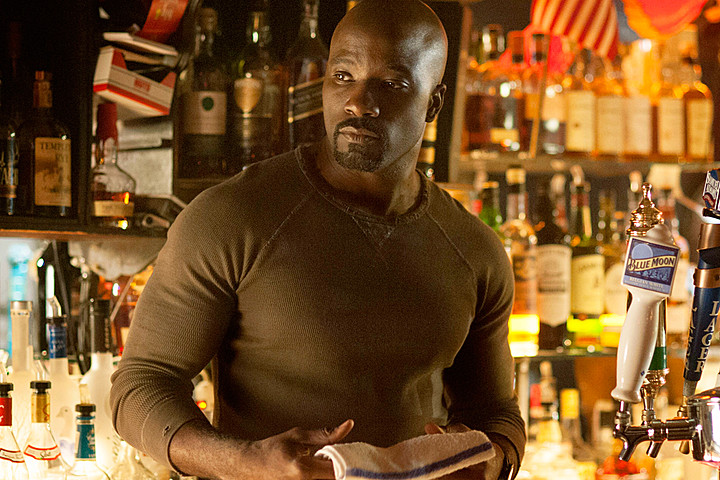 If you’ve been keeping tabs on Marvel’s smaller Netflix universe, you’ve probably already seen the entirety of the Jessica Jones series and are anxiously waiting for more new content. Unfortunately, you’re going to have to keep waiting, but this week, the first set photos from Luke Cage, the next scheduled series, made their way online.

READ MORE: ‘Jessica Jones’ is a startling, astounding departure from the Marvel norm

Luke Cage played a major role in the Jessica Jones series, throughout which we got a chance to learn about his backstory and how he found himself wrapped up in the world of heroes and villains. But in 2016, Cage is getting his own series, focusing on the origin of his powers, his criminal record and the fallout of his adventures with Jessica.

Now that the series has begun filming, we’re going to get occasional sneak peeks at what Luke Cage has to offer, as was the case this week when Mike Colter, Rosario Dawson and Alfre Woodard were all photographed on set:

Fans of Daredevil and Jessica Jones will recognize Rosario Dawson as Claire Temple (aka Night Nurse, nurse to the heroes), and although we can’t be sure how big of a role she’ll play in the Luke Cage series, she certainly seems to be more active in these photos than she ever was in Jessica Jones.

This is also our first look at Alfre Woodard as Mariah Dillard, the cousin of Cornell Stokes (who you’ll learn more about when the series debuts). It’s not much, but it’s all we have for now. In the meantime, we have Captain America: Civil War to look forward to in May, so even if Luke Cage doesn’t hit until the summer, we’ll get our Marvel fix.