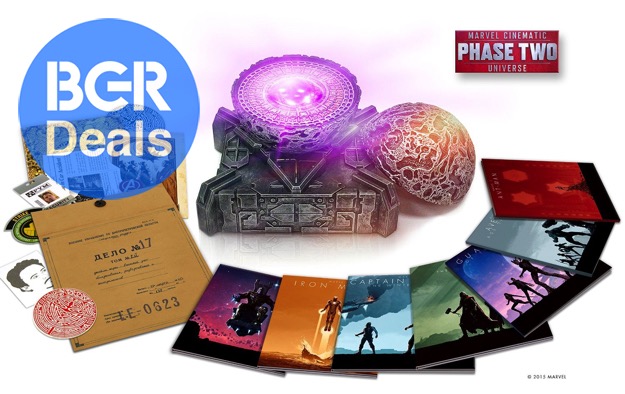 Everything Marvel touches turns to gold right now. Or should we say, everything Marvel touches turns into piles of money stacked as high as the eye can see. Of course, Marvel is certainly earning all the cash it’s making because the movies it pumps out are consistently among the most entertaining films of the year. Even rare misses like Iron Man 3 and Avengers Age of Ultron are still wildly entertaining and more than worth the price of admission.

And that brings us to Amazon’s deal of the day for Tuesday, December 8. For one day only, you can enjoy a nicely discounted price on the Amazon exclusive Marvel Cinematic Universe: Phase 2 Collection on Blu-ray.

Here’s what you’ll get in this bundle:

That bonus disc includes more than 2.5 hours of Deleted & Extended Scenes, the complete set of Marvel One-Shot films and Commentary, From Here to Infinity: Phases 2 and 3 of the M.C.U., Tag Scenes: A Making-Of, Screen Test with Chris Pratt and Dave Bautista and more.