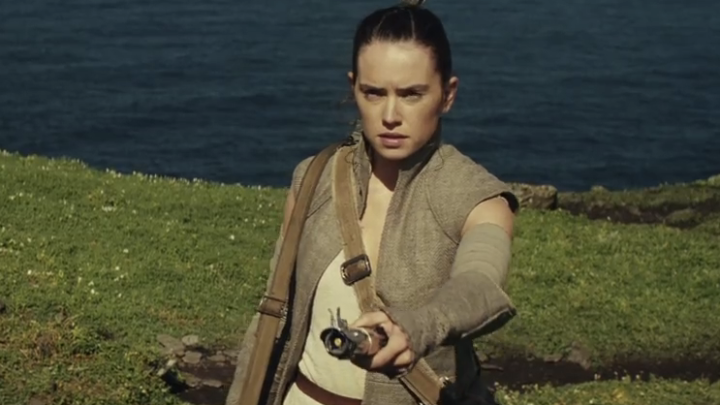 Of all the fascinating questions that Star Wars: The Force Awakens posed, few received as much as attention as this one: How did Maz Kanata get her hands on Luke Skywalker’s lightsaber? After all, the last time we saw it, it was tumbling into a seemingly endless abyss on Cloud City, along with Luke’s hand.

SEE ALSO: Are critics completely useless? ‘Batman v Superman’ just had one of the biggest openings in history

We don’t really get a great explanation about how it came into Kanata’s possession in The Force Awakens, but supplementary material seems to suggest that a scavenger found the lightsaber on Cloud City at some point after Luke and Darth Vader’s duel. Kanata may have been that scavenger, or may have found it or purchased it later.

We might get a more direct answer in one of the future films, but regardless, the journey that the lightsaber has taken is one of the more interesting journeys in Star Wars history. It was built by Anakin Skywalker during the Clone Wars, taken by Obi-Wan Kenobi after his duel with Anakin, given to Luke years later on Tatooine and eventually lost in Cloud City.

In the new trilogy, it looks like the lightsaber will once again play a major role, and one fan has tracked the path of the weapon throughout the entire series in a supremely well-edited video you can watch below: