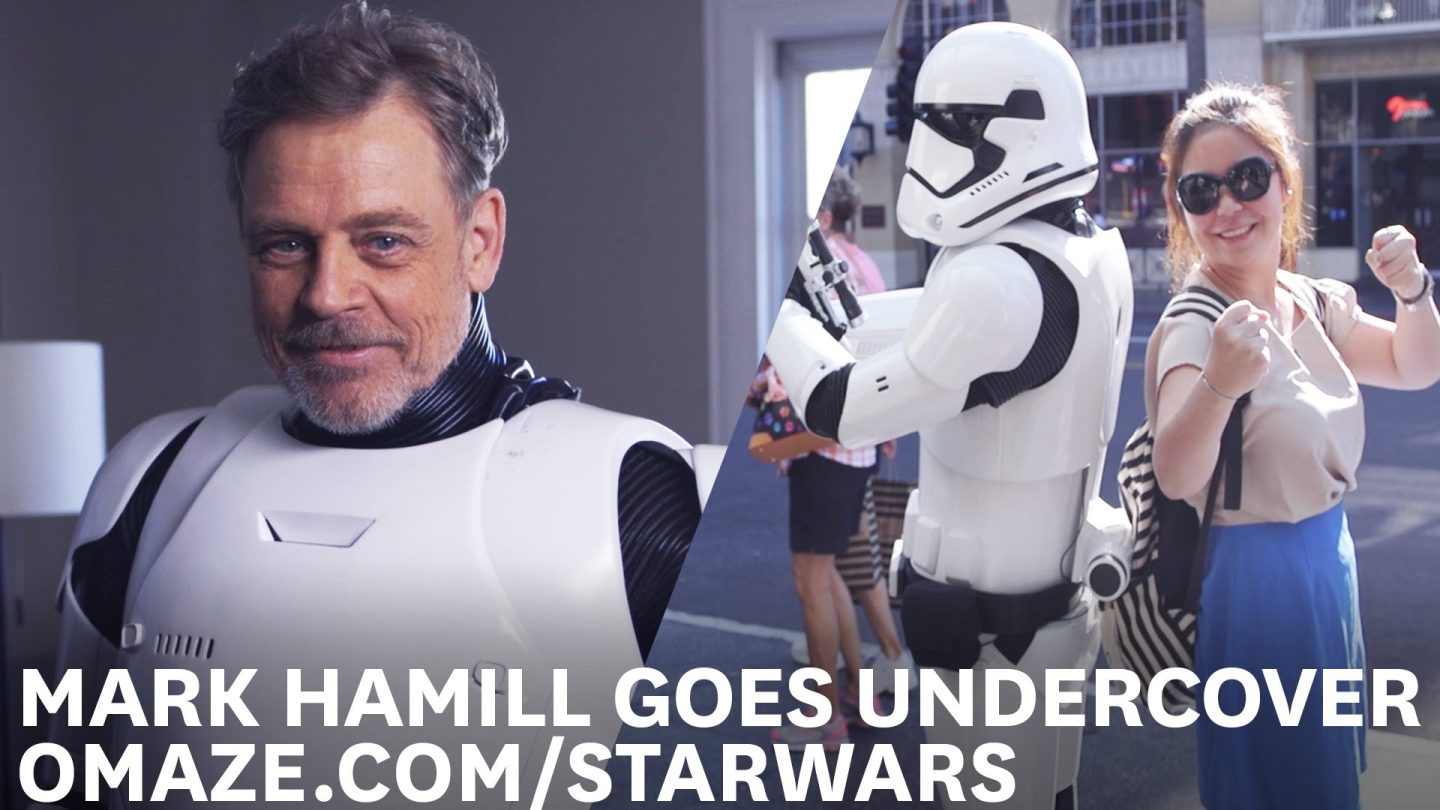 You might have noticed that Mark Hamill has been absent from the marketing campaign surrounding Star Wars: The Force Awakens, but that hasn’t stopped him from participating in the Omaze campaign which will give eight lucky winners the chance to attend the world premiere of the film in London or Los Angeles.

In order to promote the campaign (which is currently raising money for fifteen global causes chosen by the cast and crew), Mark Hamill donned a Stormtrooper uniform for the first time since he saved Princess Leia aboard the Death Star in A New Hope and walked around Hollywood Boulevard.

Much like Harrison Ford’s video from a couple of weeks ago, Hamill’s prank is incredibly endearing and genuinely funny. After decades of having to live in the shadow of the cultural behemoth that is Star Wars, it’s nice to see that the lead actors still have a sense of humor about their roles.

We know hardly anything about the part that Luke Skywalker will play in The Force Awakens, but in a recent interview, Hamill did confirm that “he won’t quite be the innocent farm boy we met back in A New Hope.”

Star Wars: The Force Awakens releases in theaters on December 18th, 2015. If you’d like to participate in the Omaze campaign and have a chance to win four tickets to the premiere, just visit Omaze.com/StarWars.