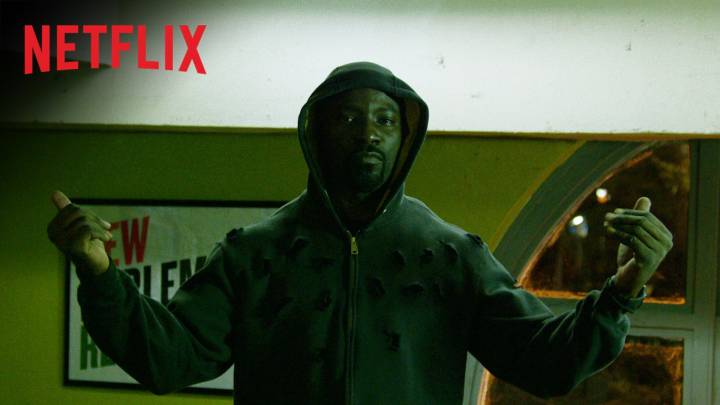 Yesterday was a big day for fans of Marvel’s Netflix series. Not only did the two companies reveal the first (not so great) teaser for The Defenders, they also revealed that Daredevil would be getting a third season and showed off brand new trailers for two highly anticipated shows: Luke Cage and Iron Fist.

SEE MORE: The first teaser trailer for Marvel’s ‘The Defenders’ made me so angry

If you watched Jessica Jones when it hit Netflix late last year, you already know Luke Cage as Jessica’s love interest. Although we spent a lot of time with him, we still don’t know much about his past, but expect to learn a whole lot more about Luke when the first season of his show hits on September 30th:

The final Defender, Iron Fist, is the only main character from the Marvel Netflix universe that we haven’t met yet. Although Marvel’s Netflix shows have been relatively grounded in reality up to this point (you know, for superhero stories), Iron Fist wields a mystical power that should make this show quite different than what we’re used to seeing from Daredevil, Jessica and Luke:

Iron Fist hasn’t been given a release date other than 2017 yet.