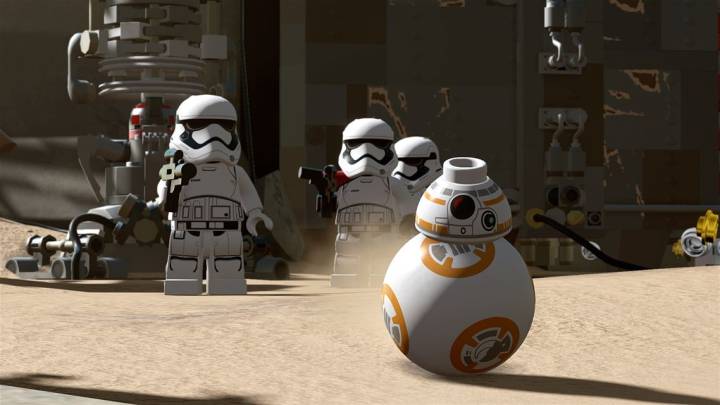 Waiting two years for Star Wars: Episode VIII to continue the epic story that kicked off in The Force Awakens is going to be tough for fans of the franchise, but at least we have video games to tide us over until then. On Tuesday morning, the landing page for LEGO Star Wars: The Force Awakens went up on the Xbox Games Store, confirming the game’s existence.

This isn’t especially surprising, considering all six of the previous Star Wars films have received the Lego treatment in the past, but it’s a welcome announcement for those of us who were disappointed to learn Force Awakens content wouldn’t ever make its way to the recently released Star Wars Battlefront reboot.

The game’s official description says that players will be able to take control of Rey, Finn, Poe, BB-8, Kylo Ren, Han Solo and other characters from the movie. If I can’t play as Daniel Craig stormtrooper, I’m going to be furious.

Along with guiding players through the story of The Force Awakens, the new LEGO Star Wars will also feature playable content to bridge the gap between Return of the Jedi and The Force Awakens.

Add cover-based shooting, dogfights with the Millennium Falcon and new abilities to the mix as well, and LEGO Force Awakens might be the perfect companion to the movie. The game will launch on June 28th for every platform under the sun.

Check out the reveal trailer below: