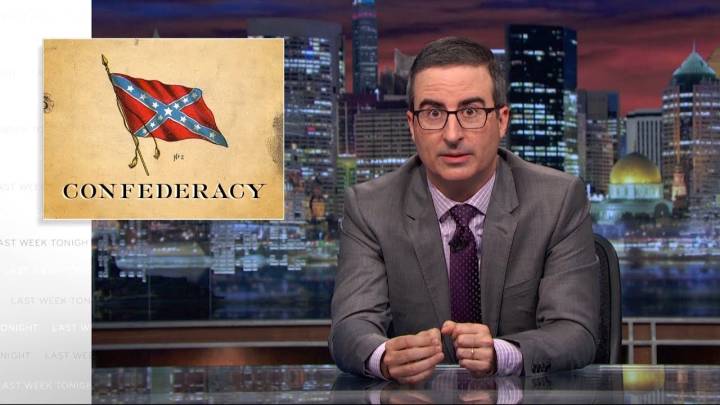 The debate over whether or not we should continue to glorify Confederate soldiers by leaving up the hundreds of statues across the United States has taken on new life following the protests in Charlottesville, North Carolina earlier this summer. There are those who believe that the statues represent part of our history, and taking them down would erase that history, while others say that we shouldn’t honor those who nearly tore the country apart.

On Last Week Tonight, John Oliver attempted to examine the issue from both sides, but discovered that many of the people in favor of keeping the monuments were selectively misremembering what exactly the Civil War was about.

While there are those who choose to believe that slavery was simply one of many factors that caused the southern states to secede from the union, those states themselves provide ample proof that preserving the institution of slavery was foremost among their goals in parting ways with the rest of the country. Slavery is mentioned in the declaration of secession for several states, the Confederate constitution says that no bills or laws can be passed to impair the right of owning slaves and the Confederate VP said in a speech that slavery was the “cornerstone” of the Confederacy.

Oliver goes on to explain that monuments, statues and plaques are not how we record our history. We do that in books and museums, films and TV. “Statues are how we glorify people,” Oliver says. So instead of leaving the statues up, put them in a museum where they can appear alongside information that will give them the appropriate historical context and replace them with statues of respectable local heroes. Oliver even has some ideas: