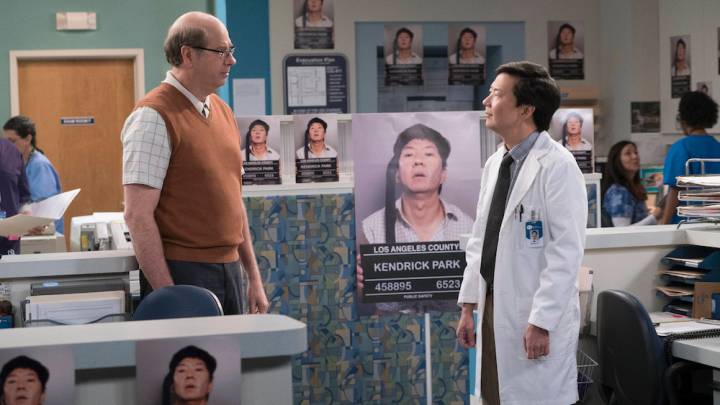 Before Ken Jeong became a comedy star he was a trained physician with a bright medical career in front of him. That experience came in handy during his comedy set on Saturday night in Phoenix when a woman near the stage began to have a seizure. After initially thinking that the commotion in the crowd was a heckler, Jeong quickly realized what was actually going on and jumped off the stage to aid the struggling fan.

As TMZ first reported, Jeong tended to the woman while another audience member who happened to be an EMT assisted him. The two stayed by the woman’s side until an ambulance arrived and took the fan to a local hospital.

“He couldn’t see what was going on with the lights. He thought he was being heckled. He was playing with them from the stage for a second,” Heather Holmberg, who was also in attendance at the comedy club, told USA Today. “And it was like, ‘No, no, no. We need you!’ He realized there was an issue, and he came over. It was a moment where time stands still. Someone was having a crisis. There was a hush over the room.”

@kenjeong at Stand Up Live! A woman had a medical emergency during the show. Ken thinks its heckling, when people are asking for his help. He jumps off stage to assist. An EMT helped, too. Then on with the show! Great night! He is gracious and grateful…AND flipping funny! pic.twitter.com/G0nMWb5wMM

Ever the consummate professional, Jeong didn’t let the brief medical emergency stop him from finishing his set and, as you might imagine, he got a lot of love from the crowd following the show.

Jeong originally trained as a physician in New Orleans where he completed his residency. He’s licensed as a physician in California but changed gears to comedy in the late 1990s where he’s been extremely successful. Jeong has played a doctor in a number of different movies and TV shows, and even had his own show fitting called Dr. Ken which aired for two seasons on ABC. The series was cancelled in 2017, but maybe it’s time to bring it back?