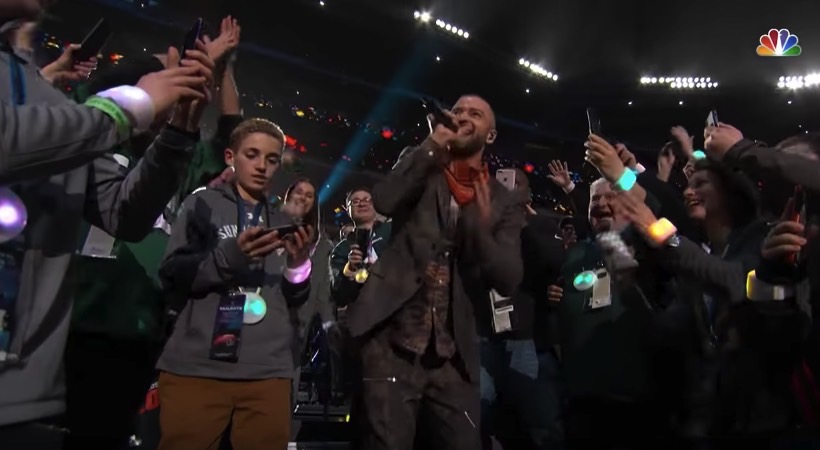 One of the main attraction’s of Super Bowl LII was Justin Timberlake’s half-time show, which was filled with plenty of famous Timberlake songs, but also plenty of action, as the singer moved from one stage to another in what looked like a pretty tiring choreography.

But the best moment of the show came when Timberlake went up in the audience while performing Can’t Stop The Feeling., as a lucky kid snapped what’s probably his best selfie ever, and probably one of the best selfies of the Super Bowl. What can possibly top that? How about using your smartphone unfazed by the fact that Timberlake is still singing right next to you after you’ve taken the shot.

Everything happened rather quickly, in the final moments of the half-time show, but the cameras captured everything. Safe to say that the lucky kid’s reaction, particularly the continued use of his phone, became a meme online.

The kid, however, does know who the artist is. Or at least he knows the chorus of the song, as he’s singing it right alongside Timberlake the first time the camera shows him. Or does he…

It’s only after that moment that the kid realizes he can take one of the best selfies in the world, which he manages to capture. It sure looked like Timberlake encouraged him to snap the pic.

Only then, the kid starts messing with his phone, apparently unaware that the cameras are still on him. That’s what ignited Twitter — here are some hilarious results.

Even This Is Us made fun of the kid’s smartphone use.

Then there’s also HQ Trivia to think about.

Check out the full Justin Timberlake show below:

As for the lucky kid, his name is Ryan McKenna, Twin Cities reports, he’s 13, and he could not believe it.

“It was already crazy to be at the Super Bowl in the first place,” McKenna said. “Then all of a sudden I’m up on the jumbotron and everyone is talking about me. I can’t believe it.”