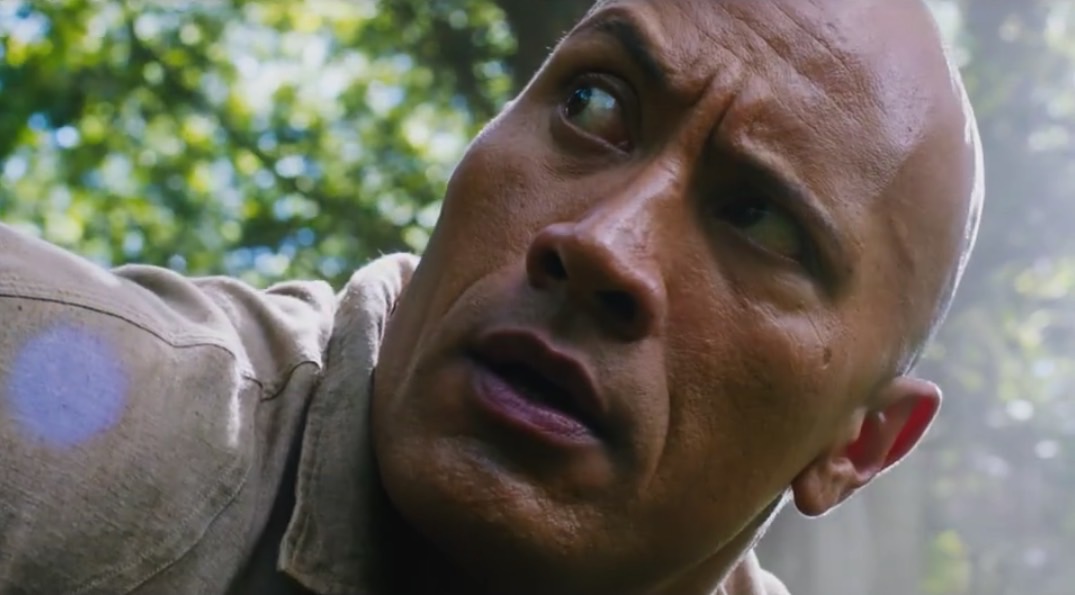 If you loved Robin Williams’ 1995 Jumanji, and you’ve been looking forward to a worthy remake, then The Rock’s version might just be the thing you were waiting for. Jumanji: Welcome to the Jungle puts a different spin on the old Jumanji plot, and we now have the first trailer for it.

Dwayne Johnson himself shared the trailer on Facebook, which gives us a general idea of what’s going on in the new film.

We’ve got a group of teenagers who hardly interact during their day-to-day high school life who all end up in detention. While cleaning up a basement, they discover an old console which still works. Each one picks up a character in the game, and they’re transported into it.

In the original Jumanji, Robin Williams’ character gets sucked into the game, only to return to the real world years later.

This time around there’s a Jumani video game to replace the board game, which seems only fitting, but the concept is somewhat similar.

The four teenagers have to survive a dangerous universe, but at least their avatars have special powers. The Rock, as you might have guessed, is one of the four avatars in the game. The other three are played by Keven Hart, Jack Black, and Karen Gillan.

In other words, we’re probably in for lots of action and lots of laughs, judging by this first trailer.

Jumanji: Welcome to the Jungle launches on December 22nd.

Jumanji: Welcome to the Jungle trailer