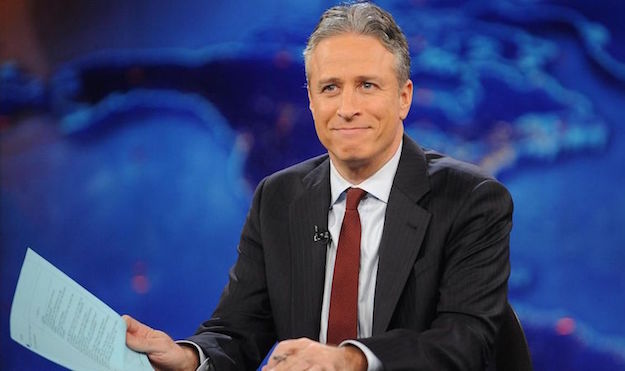 For anyone lamenting the fact that the most ridiculously entertaining and utterly bizarre election in U.S. history went down after Jon Stewart left his post at The Daily Show, there’s reason to get excited. We’ve known for quite some time that Stewart, now under the employ of HBO, hadn’t exhausted all of his creative juices. What remained unclear, however, was when Stewart’s comedic talents would resurface on TV on a consistent basis.

Clearing things up, HBO comedy chief Casey Bloys, during a recent interview with Entertainment Weekly, said that Stewart’s highly anticipated animated news parody show will launch sometime before or by March of 2017.

DON’T MISS: Apple insider says demand is dwindling because the iPhone 7 is boring

“In terms of Jon Stewart,” Bloys said, “he really is putting together a whole animation studio. My hope is that it’s up and running and putting out content in first quarter of ‘17. Does the election change things? I think it’s more important, now more than ever, that we have voices like that who will parse the information and call out what’s going on.”

Indeed, Stewart’s political commentary and unique brand of insightful and biting humor were sorely missed during the election gone by. Sure, we saw Stewart pop up here and there in the form of hilarious cameo spots on shows like The Late Show with Stephen Colbert, but it’s been a long while since we’ve seen Stewart appear on TV with any type of consistency.

As for the show Stewart will bring to the table, it will be, as mentioned above, an animated series. Content wise, it will be a “parody of a cable news network” where fans can expect to see Stewart and his team of writers and animators churn out new content on a weekly and sometimes daily basis.