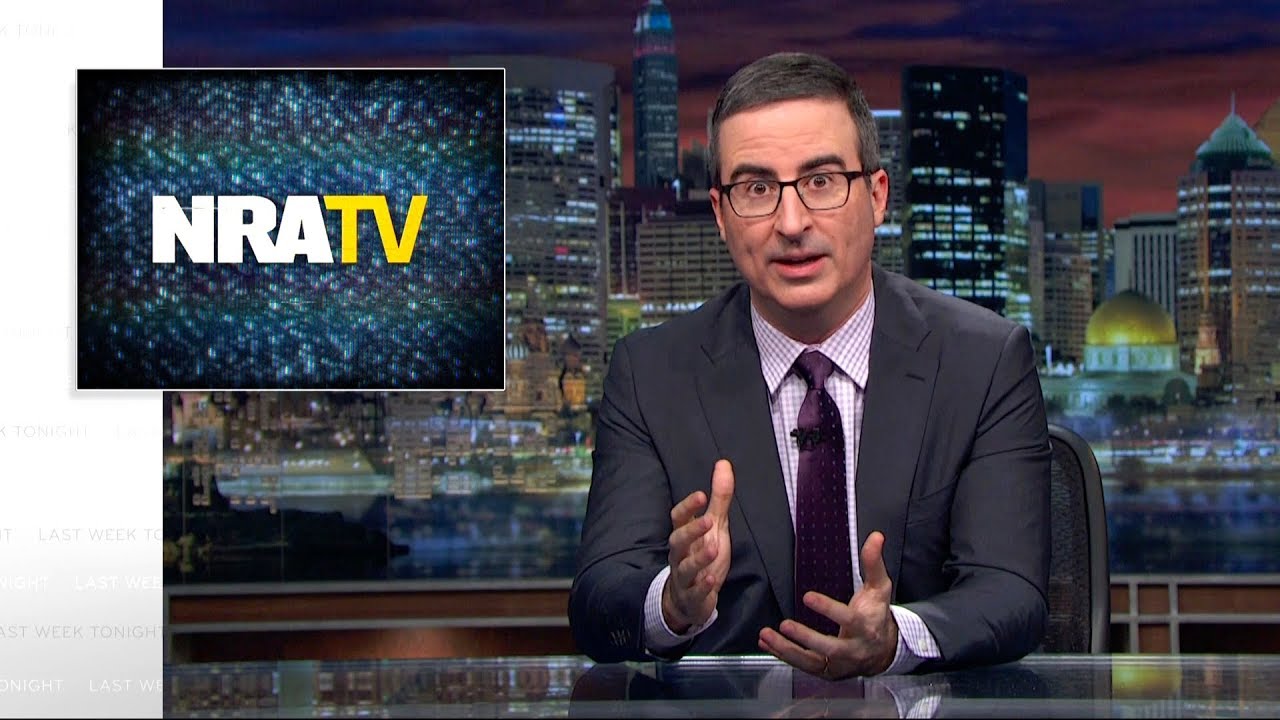 In the wake of the Parkland high school shooting, John Oliver has been a particularly vocal critic of the NRA, “a group that feels about guns the way the rest of us feel about Nutella.” On this week’s episode of Last Week Tonight, he took some time out from actually discussing gun violence to take a look at NRA TV, the group’s media arm.

As it turns out, the NRA maintains its own TV channel on streaming services, and it’s not all just warmongering anti-Democrat programming, either.

There’s two really surprising things that Oliver explains in his segment. First is that the bulk of NRA TV’s programming isn’t just Dana Loesch shouting at a camera, or a man wearing a “socialist tears” T-shirt smashing a TV (no, really); the channel is mostly just HGTV for guns, with inspiring segments like Antique Roadshow with guns, a film critic segment (with guns), and QVC with — you guessed it! — more guns. Normalizing firearms is exactly what the NRA is designed to do, so I guess it shouldn’t be a surprise to the organization try to insert firearms into every possible scenario.

The more surprising thing is that NRA TV is willingly carried by major streaming services, including and Roku. Again, that probably shouldn’t be surprising, given that NRA TV is an entirely free, professional-produced 24/7 stream of content.  But given the recent corporate backlash against the NRA that has seen dozens of businesses cut ties with the group, the fact that its content distributors have faced no backlash is a surprise.