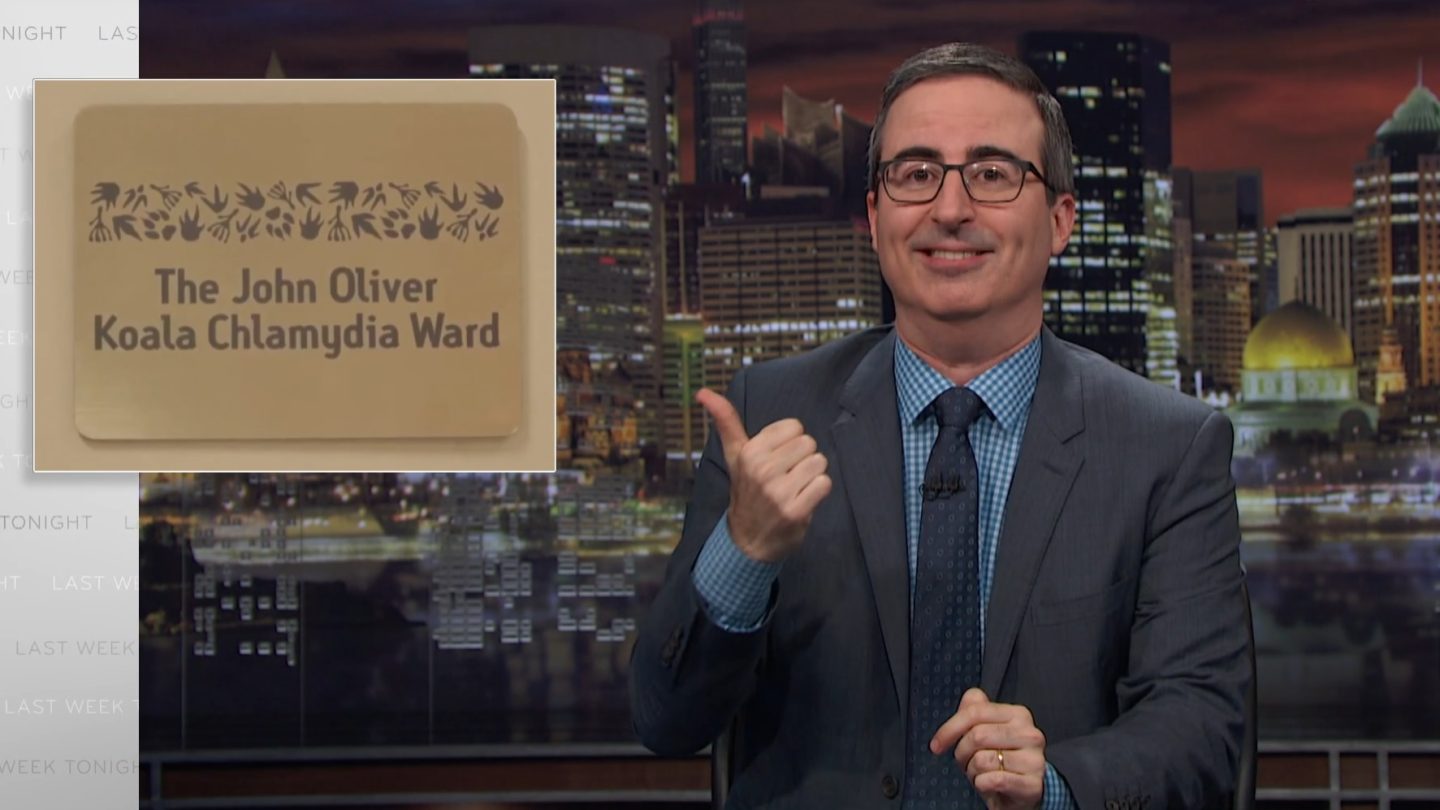 At the end of Sunday’s Last Week Tonight, John Oliver revealed that the episode everyone was watching was actually the series finale. You see, a few weeks ago, Oliver and his team discovered that Anchorage, Alaska is home to one of the last operational Blockbuster retail stores in the United States. In order to help the store out, Last Week Tonight bought movie memorabilia from Russell Crowe’s divorce auction and sent the items up north.

The Alaska store is now displaying in a glass case (among other items) the jockstrap that Russell Crowe wore while filming Cinderella Man. If that was the end of the story, it would have been a satisfying (and hysterical) conclusion, but as Oliver noted near the end of Sunday’s show, the story only got better from there.

Shortly after the original Blockbuster segment aired last month, Russell Crowe tweeted that he was still trying to figure out how best to utilize the money that Oliver spent on his memorabilia, but that it would be “something special.” Then, on Wednesday night, Crowe shared a video that unsurprisingly made John Oliver a very happy man:

If there was any doubt that HBO’s money went directly to helping koalas that had contracted chlamydia, the naming of The John Oliver Koala Chlamydia Ward should erase it. At this point, Oliver revealed that he had written a note before the first episode aired with one goal in mind. It, of course, said “Koala Chlamydia Ward.” And so, having accomplished his ultimate goal, Oliver announced that the show was over, packed his things, and walked off stage as the staff began to disassemble the set. It was a fun ride, but Oliver finally did what he set out to do.

…the only problem here is that Last Week Tonight has already been picked up by HBO through 2020. There are still twenty episodes left in this season alone, and the HBO schedule clearly lists a new episode set to air next Sunday. It would be incredible for Oliver to actually walk away from his contract and cancel his series in the middle of a season, but we’ll be seeing the British comedian for years to come (even if he has no worlds left to conquer).