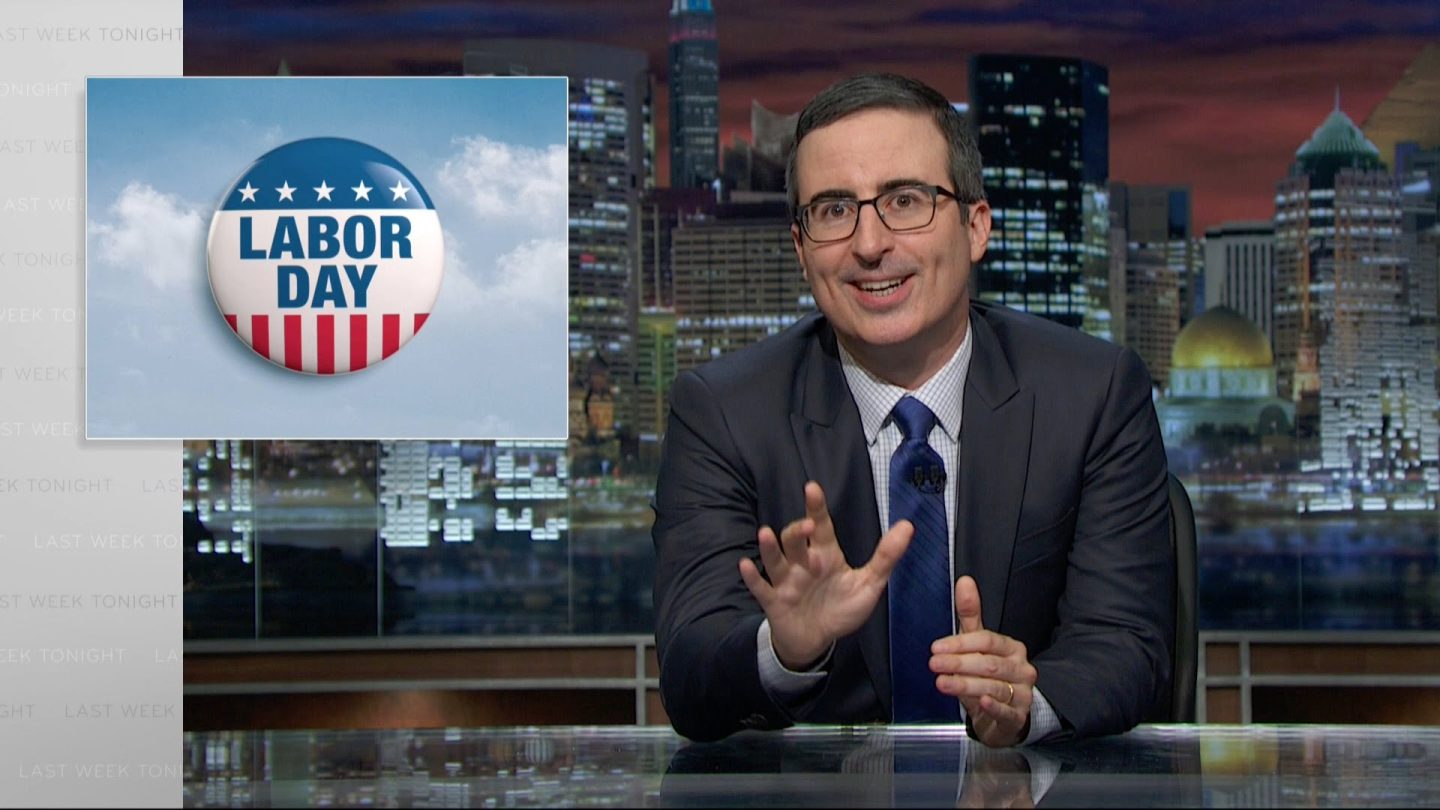 Today is Labor Day, which means it’s also the last day you can wear white for quite a while. This antiquated, ridiculous rule has been around for decades, but even after you learn the reason why it exists in the first place, it’s still just as inexplicable. Who cares what color your pants are, as long as they fit and match your outfit?

We’re all in agreement, then: “No white after Labor Day” is a ludicrous rule. But rather than poke fun at it, John Oliver saw this rule as an opportunity. After all, if Labor Day has specific post-holiday rules, why shouldn’t other holidays?

Here are a couple rules that Oliver came up with on Last Week Tonight:

And here are some things we should “never do again” after this Labor Day:

You can watch the full video (and see John Oliver do a creepy wink or two) in the video below. Last Week Tonight returns to HBO on September 25th.