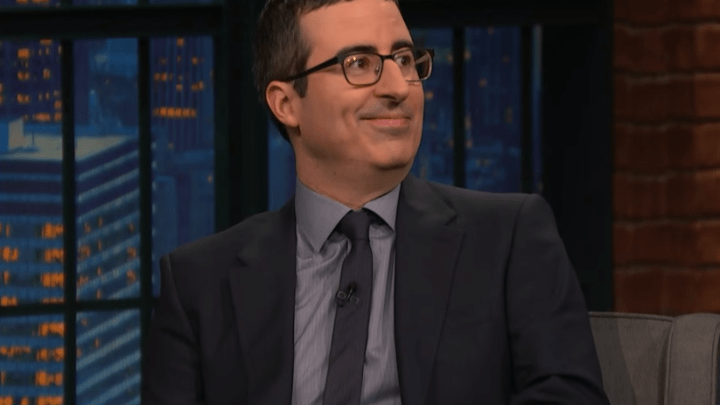 Were you thrilled by Coldplay’s performance at the Super Bowl? Ha, ha, ha, of course you weren’t! The ultimate nice-guy band from the U.K. gave a less-than-pulse-pounding performance of some of their hits at Sunday’s big game before both Bruno Mars and Beyonce came onstage to steal the show. Fellow Brit John Oliver was as unimpressed with Coldplay’s performance as most Americans were and he positively nuked the band this week during an appearance on Late Night with Seth Meyers.

FROM EARLIER: 8 incredible Airbnb rentals you’ll want to book for your next vacation

While Meyers tried to diplomatically say that letting Bruno Mars and Beyonce onstage with them showed that Coldplay were a good bunch of guys who didn’t mind sharing the spotlight, Oliver responded that it was the Super Bowl’s way of saving them from themselves.

“You can’t close on ‘Yellow’ at the Super Bowl,” Oliver imagined a halftime show organizer telling the band. “You can close with ‘Clocks’ but let Bruno spice it up for you.”

He then said their performance was “very much sex with the lights on” in which we could “see the full horror of what’s happening.”