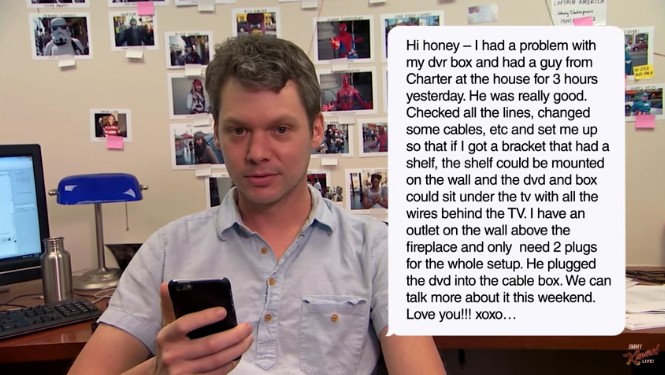 It will be Mother’s Day soon, which means you should be looking for special gifts and make time in your busy schedule to spend some time with mom. And you should probably check out Jimmy Kimmel’s hilarious new segment on text messages from moms, and forward it to your mother.

Kimmel asked staffers to read some of the usual messages they receive from their mothers, and the results are incredibly hilarious.

“Mother’s Day is a chance to honor the women who gave us life, who love us, who leave us long voicemails and send us nonsensical texts,” Kimmel said. He then explained that he loves these texts, which is why they went around the office to have people on staff share some of them with the public.

We won’t spoil any of them for you, but suffice to say they’re exactly what you expect them to be: long, silly and nonsensical at times, but also filled with love. Oh yes, and there’s also something about Trump in one of them – check it out.