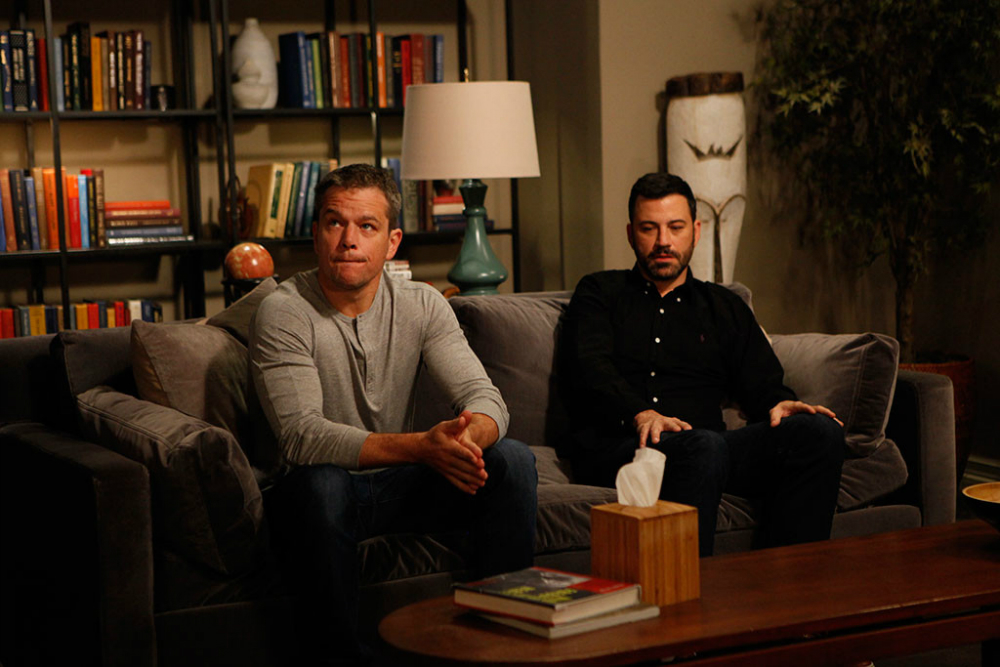 Jimmy Kimmel and Matt Damon don’t get along – or at least, we all have to pretend to believe them when they tell us that. For years, the two have made fun of each other, with their exchanges becoming viral on the internet. Kimmel is not yet ready to make peace with Damon, his archenemy, and he decided to set the record straight on Damon in a recent interview.

Talking to GQ, which is getting ready to publish an oral history of Matt Damon cover story for its August issue, Kimmel revealed some little-known details about his relationship with Damon.

“I guess the same way you become aware of herpes or chlamydia,” the talk show host said when asked how he became aware of his enemy.” I think probably the first I heard of him was when he played, uh, the teacher’s boyfriend in that movie that they mistakenly gave him an Academy Award for.”

He went on to say that the worst thing Damon did to him was to have sex with his girlfriend and then make a song about it.

Kimmel then said Matt Damon’s insecurity is the one thing the world doesn’t see. “If he wasn’t such a jerk, you’d feel sorry for him. But just the fact that he sits in that dressing room waiting to come on the show every night. I mean, it’s pathetic.”

He also revealed that Damon is 63, his personal style is “date rapey,” he’s “pure evil,” and he “smells like a zoo animal.”

The most Matt Damon thing that Matt Damon has ever done was “when he went to Mars and made the United States spend almost a billion dollars to rescue him.” Kimmel thinks the US government should have spent “forty dollars, tops” for that mission.