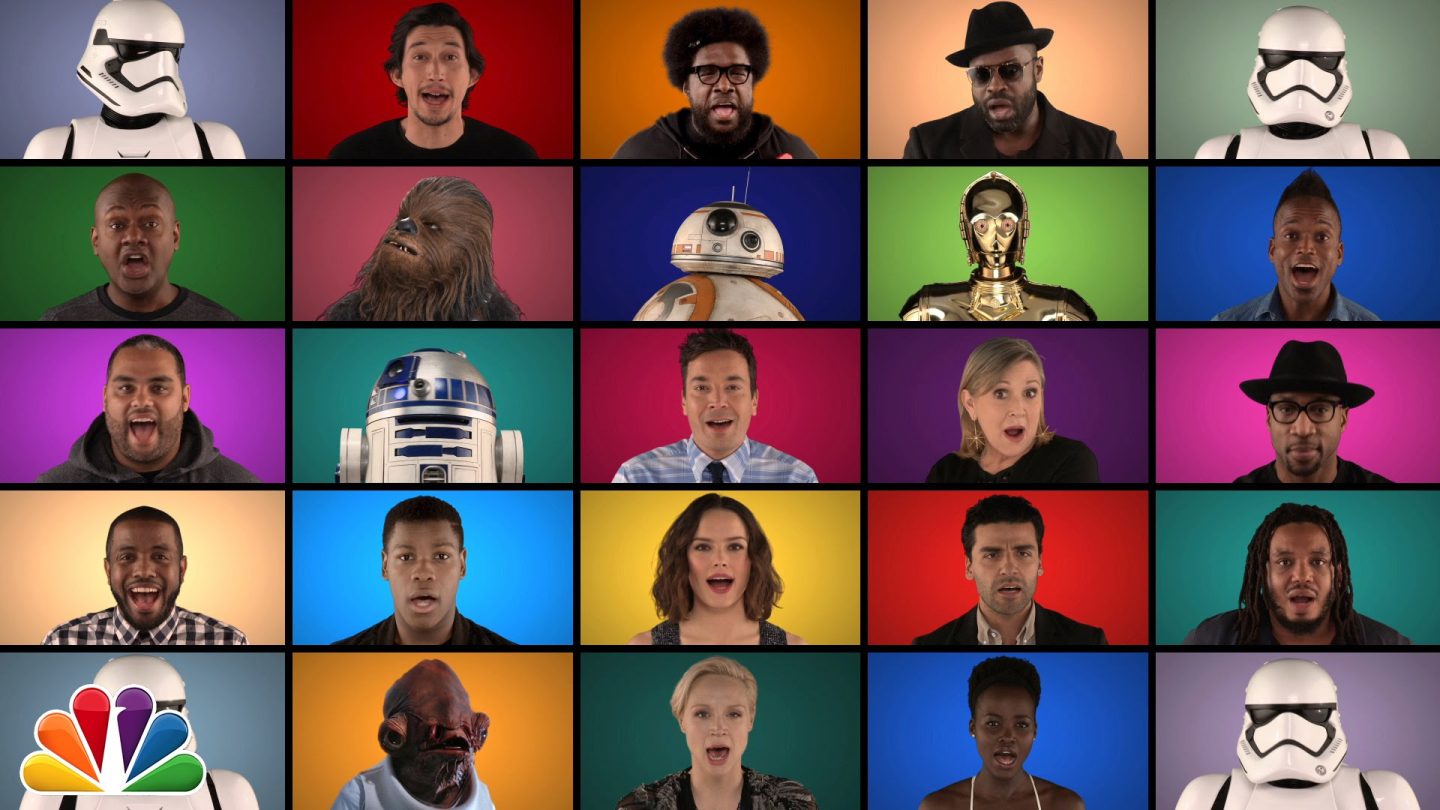 With the release of Star Wars: The Force Awakens just around the corner, it has become all but impossible to avoid the excitement. Whether it’s reviews from the premiere in Hollywood, tips for watching the unaltered original trilogy or videos and articles recapping the story up to now, Star Wars has simply become all-consuming.

The excitement has bled over into late night television as well (as you might have seen on SNL over the weekend), but one of our favorite tributes so far comes from Jimmy Fallon, The Roots and the cast of the film.

Fallon’s Tonight Show is known for being musical, but this might be one of the best segments of its kind that the show has ever produced. And it’s only the latest in a series of Star Wars-related content that has come out of The Tonight Show in recent weeks.

There was Harrison Ford showing off how he got his injury:

J.J. Abrams talking about breaking his back while trying to save Ford from said injury:

And Daisy Ridley even came on the show to play flip cup: