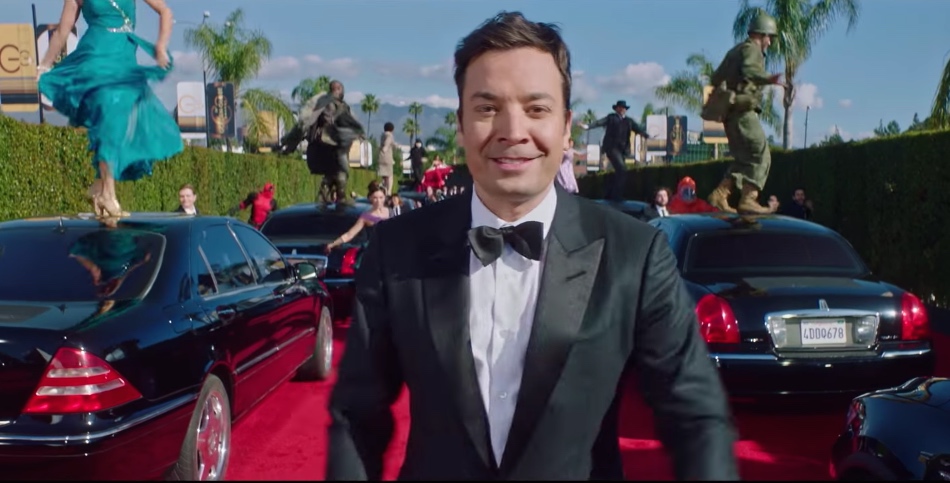 Apple is going to dominate headlines on Monday, thanks to the much-anticipated unveiling of its video and news subscription bundles, but that doesn’t mean its rivals are going to sit this one out without trying to gin up some headlines of their own. Case in point, one of Apple’s fiercest rivals of all has planned some prominent marketing exposure that it just so happens will unfold on Monday — Monday night, to be exact.

Late night host Jimmy Fallon has teamed up with Samsung for a TV first. For Monday night’s episode of The Tonight Show Starring Jimmy Fallon, the host will be joined by MMA superstar Conor McGregor — and will possibly, according to a tweet from the show, visit an Irish pub. Meanwhile, the entirety of the show will be filmed using a Samsung Galaxy S10+,

Be sure to tune in on Monday March 25th for an entire show captured #withGalaxy S10+ in partnership with @SamsungMobileUS! Jimmy’s filming all over the city and might just go to a bar with @TheNotoriousMMA 😉

As we said in earlier reporting on the S10+, this is a beast of a smartphone when it comes to camera quality. The device sports five different cameras including a triple-lens array on the back and dual selfie cameras on the front. It’s arguably the most desirable new model in Samsung’s 2019 Galaxy S lineup, and it’s not actually that much of a stretch to envision someone putting the phone through its paces to bring an episode of broadcast television to life.

While no one has used a smartphone to film an episode of a late-night talk show before, to our knowledge, there have been similar instances before of smartphones being used at this level. Director Steven Soderbergh, for example, shot an entire movie (High Flying Bird, for Netflix) using an iPhone. Similarly, another late night talk show host — Jimmy Kimmel — recently shot a performance by Eminem at the Empire State Building using a Google Pixel 3. And, of course, smartphones have been used in other forms of prominent media, such as when magazines like The New Yorker have used an iPhone to shoot images for their covers.

All in all, Monday’s edition of The Tonight Show will certainly provide some high-profile exposure to one of Samsung’s most exciting devices yet. If you’d like to tune in, the show airs on NBC at 11:35 PM ET.